President Donald Trump, recall, is moving to reclassify Federal senior-level civil service employees into a new category (Schedule F for those following along) that would facilitate their hiring and firing outside the existing Federal employment rules that generally serve to keep those employees on the job regardless of their performance quality. That protection tends to obviate the hiring part by reducing the number and availability of slots into which to hire: they’re already (and still) occupied.

That last—ability to hire—is little talked about, as the focus, especially by public unions, has been on job protection rather than job performance.

This is a preview of Alternatively…. Read the full post (394 words, estimated 1:35 mins reading time)

Shoplifting has been decriminalized in California. Store management teams that take it on themselves to grab shoplifters can be sued for the effrontery of protecting store property.

Police stopped apprehending shoplifters because it wasn’t worth their time as thieves were released.

It’s broader than that.

Some large retailers including Goodwill, Walmart and Bloomingdale’s sought to punish shoplifters by requiring them to take a class in “life skills” to avoid a criminal complaint. The San Francisco city attorney then sued the educational company that provided the classes for extortion and false imprisonment.

This is a preview of Defunding by Another Name. Read the full post (224 words, estimated 54 secs reading time)

…in our energy-related industries.  A letter in last Wednesday’s The Wall Street Journal‘s Letters section laid some out for Louisiana.

…the oil-and-gas industry supports 260,000 jobs in the state, and each industry job generates 3.4 Louisiana jobs in other sectors

That work out to an aggregation of 884,000 jobs in Louisiana alone.

The National Association of State Energy Officials estimates for 4Q2018 that the Traditional Energy sectors (a broader look at our energy industry than just oil-and-gas) employed 2.4 million Americans. Using (albeit naively) Louisiana’s multiplier of 3.4 jobs in other sectors generated by the energy industry, that works out to 8.2 million jobs. That’s 5% of our then-employed Americans.

This is a preview of Some Employment Numbers. Read the full post (203 words, estimated 49 secs reading time)

…and his assault on our oil industry and our energy production sector generally.

I would transition from the oil industry, yes.

Then he repeated his promise.

I will transition. It is a big statement. Because I would stop.

Here’s how he intends to prosecute his assault.

This is a preview of The Biden No-Fracking Plan. Read the full post (238 words, estimated 57 secs reading time)

Our recovery from the Wuhan Virus situation is moving apace, both medically and economically. Here are some of the economic data. The breakdown by Progressive-Democrat- vs Republican-run States also is interesting. The Executive Summary is this:

…the labor market for lower-income workers is reviving, though it has become increasingly bifurcated between states that reopened sooner and those that maintained longer lockdowns.

This is a preview of Some Economic Data. Read the full post (413 words, estimated 1:39 mins reading time)

Whose rights are they, anyway?

Last Thursday, a California First Appellate District court upheld a State district court’s order that Uber and Lyft must reclassify their gig drivers as actual employees and so must add to their labor costs with benefits, paid leave of various sorts, payroll taxes, and so on. Never mind that this will reduce gig-oriented companies’ ability to recover from the State’s Wuhan Virus-related lockdowns and cost thousands of Californians access to additional income.

The time is fast approaching when it’ll be most useful for Uber, Lyft, and other gig-oriented businesses to leave California altogether.

This is a preview of Labor Rights. Read the full post (270 words, estimated 1:05 mins reading time)

…from Stephen Moore via his Fox News op-ed. They compare the job creation performance of ex-President Barack Obama’s (D) and then-Vice President and current Progressive-Democratic Party Presidential candidate Joe Biden’s eight-year administration with the three years of performance of President Donald Trump’s administration prior to the current Wuhan Virus situation.

Biden wants to “help” this growth along by dumping $4 trillion of new taxes and rescinded current tax cuts on our economy, on our jobs engine.

This is a preview of Some Jobs Data. Read the full post (210 words, estimated 50 secs reading time)

…will be a disaster for our economy.  Here are some examples of the damage Progressive-Democratic Party Presidential candidate Joe Biden’s tax plan will inflict. 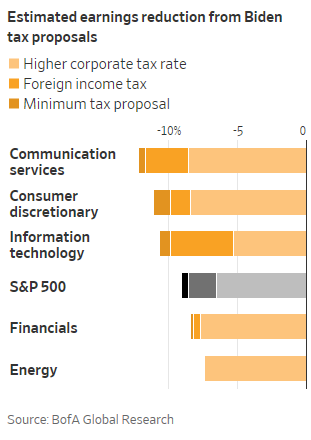 And this bit of cynicism from “a campaign employee” that’s all too typical of Biden himself:

There is no reason that an economic plan that asks everyone to pay their fair share while doing more to reach full-employment quicker with more jobs and stronger growth should not help everyone from essential workers to investors.

This is a preview of The Biden Tax Plan. Read the full post (169 words, 1 image, estimated 41 secs reading time)

Courtesy of the Census Bureau, via Just the News and The Wall Street Journal. These data concern the last year.

These are all highs (or lows) over the last several decades, and the sizes of the changes are historically large, also.

This is a preview of Some Prosperity Data. Read the full post (286 words, estimated 1:09 mins reading time)

…in an otherwise well-intended and worthy effort. California Governor Gavin Newsom (D) wants to make it possible for prison inmates who have been trained in firefighting and have place[d] themselves in danger assisting firefighters to defend the life and property of Californians to join fire departments after they’ve been released from prison.

Long-time readers of my blog know that I am a firm believer in rehabilitation and redemption, and this move would open one path to each of those.

There are a couple of tweaks, though, that are necessary for making this a truly effective move. One is this: Newsom has signed into law