Howard Silver, commissioner of the National Basketball Association, in the aftermath of a tweet by Houston Rockets General Manager Daryl Morey, 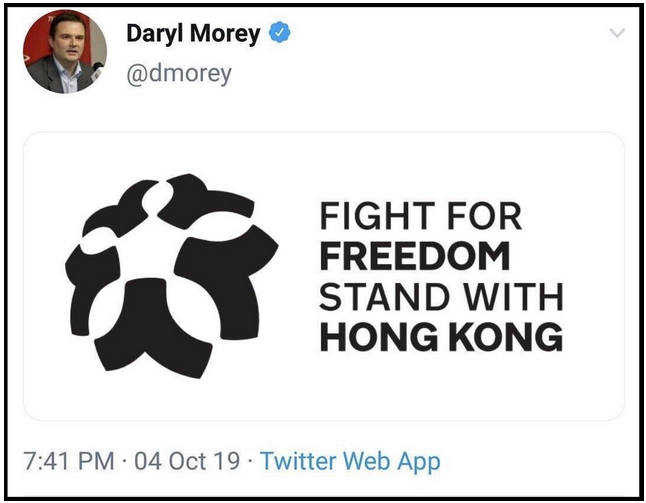 said in a CNN interview cited by The Wall Street Journal‘s Notable & Quotable,

I think in this day and age, you really do have to stand for something[.]

This is after Rockets players apologized to the PRC for their GM’s tweet, Rockets owner Tilman Fertitta ran away from his GM’s tweet,

and the NBA as a whole affirmed their preference for PRC money over honor.

The NBA really does have to stand for something.

Absolutely.  Except when the NBA comes in for opprobrium from the PRC over a tweet supporting the citizens of Hong Kong. Then the league and its players and team management cower down.

Stand for freedom for the citizens of Hong Kong? They can’t: there’s no headroom under the bed.