While we’re on the subject of President Barack Obama’s alleged concern for the middle class of Americans (OK, only Obama makes the allegation with any seriousness, but work with me here), Investor’s Business Daily has another take on the Obama Recovery.

The graph below is a good summary of that take: 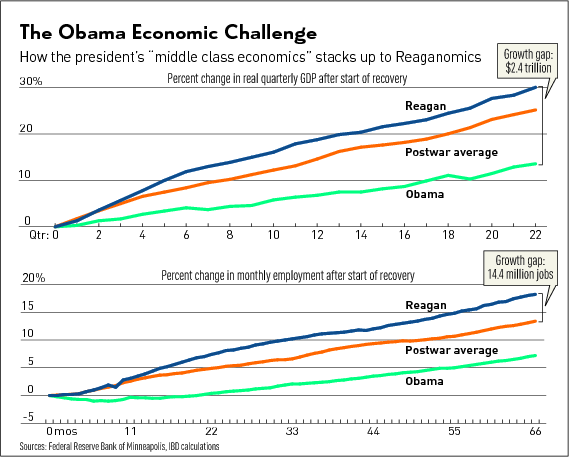 As IBD put it,

[T]he growth gap between Obama’s economic policies and Reagan’s is now $2.4 trillion in lost GDP and a stunning 14.4 million in lost jobs [the bracket in the lower figure of the graph is a typo].

Finally, as IBD summed up the situation (more or less)

[W]e [need] someone in the White House who understands what it takes to produce real, sustained economic growth, and not just “underlying” suggestions of it.