Short, and too the point. Assume the leaked Supreme Court Decision in Dobbs v Jackson Women’s Health Organization, which seems to overturn Roe v Wade, is substantially the decision the Court will release in its June batch of opinion releases.

The hue and cry that’s occurring now from both sides of the question is the hue and cry that would have occurred in June following the Court’s release of its official opinion. That hue and cry will be very much watered down by this week’s leak reaction, to the point that I don’t see the reaction to the official opinion having much steam left for the summer and fall mid-term campaigns or for the fall elections.

That leads me to two possibilities for the leak. One is that the liberal Justice staff leaker, if that’s who it was, made a tactical blunder with his leak. He virtually eliminated the reaction the official release would have generated, a reaction much closer to the election and so much more likely to have an impact.

The other possibility is that the conservative Justice staff leaker, if that’s who it was, successfully defanged the reaction by stimulating it too early in the season to have much impact.

A clue regarding who the leaker is can be collected from the reactions to the leak. The Left, and especially the Progressive-Democratic Party politicians, all are focused strictly on the putative outcome of the Court’s decision; they wholly ignore the fact of the leak. Here’s a canonical example of that disdain from the head of the Progressive-Democratic Party, President Joe Biden (D): 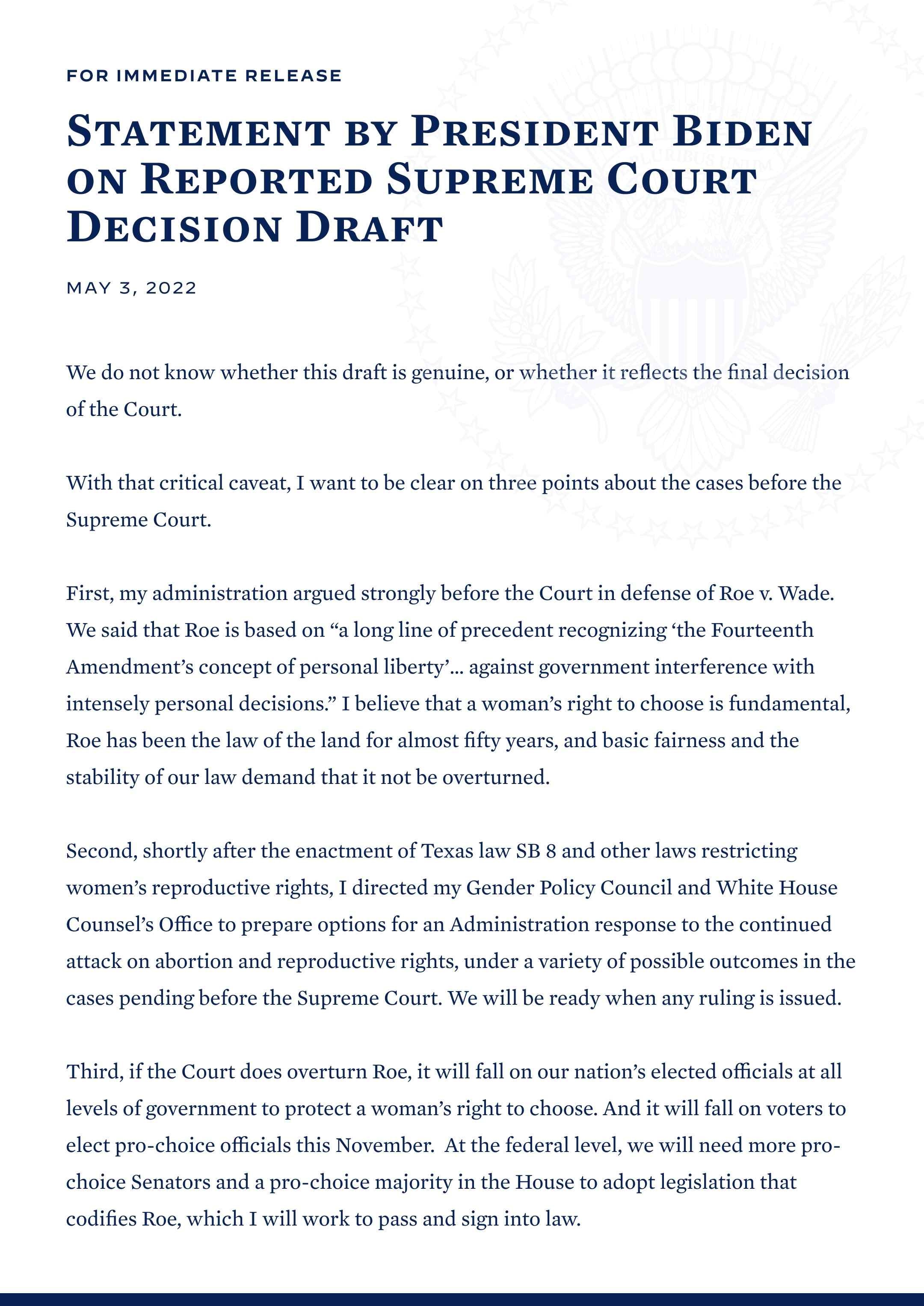 Not a syllable—not a minim—of concern or comment regarding the illegality of the leak. Indeed, this President’s sole critical caveat, the only thing about which he cares, is whether the leak actually reflects the upcoming ruling.

On the other hand, Conservatives and the Conservative and Republican politicians, while not ignoring the putative decision, strongly emphasize the leak and its illegality.

One side ignores the illegality of the matter; the other side decries the leak for its law-breaking nature. That’s strongly indicative of who the leaker is.