Recall that 18 Senators, including Mike Braun (R, IN) and Ted Cruz (R, TX), last Friday visited our southern border and the facilities being by the Biden administration to hold those illegal aliens who are actually caught—including the cages into which President Joe Biden (D) is packing children—roughly 10% of whom (like the illegal alien adults similarly caged) test positive for the Wuhan Virus—like sardines and other cages into which he’s ordered adults to be jammed.

It’s not just the press and the American public that Biden is trying to censor, trying to deny access to those facilities so that we can see the unconscionable mess he’s making of things. Now he’s trying to censor the United States Senate, trying to block them from publishing what they’re seeing with their own eyes (even as both Biden and Vice President Kamala Harris (D) each refuse to go to the border themselves).

“There was one of Biden’s representatives. I felt sorry for the lady because she actually talked to me about deleting a picture, but by the time she got to me, all those other pictures were taken, and that shows you the hypocrisy.
“None of us would have gone down there if we were going to be muzzled,” said Braun, who added that Border Patrol also asked that no photos were to be taken, but that “they were telling us that because they had to.”

Here are a couple of the images the Senators took that Biden wanted censored. It’s apparent why he wanted them hidden away from us. The abuse Biden is inflicting on those children makes me wonder what he’s doing to them that he’s better concealing. Both are from the CBP’s Donna, TX, facility. 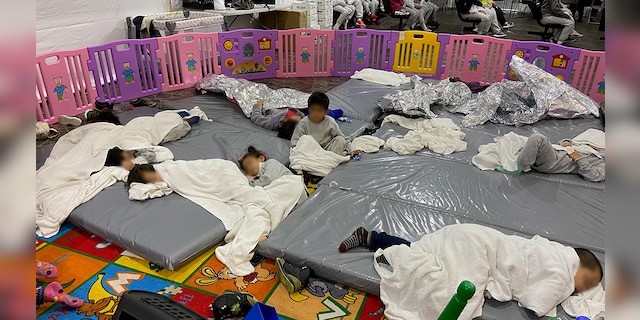 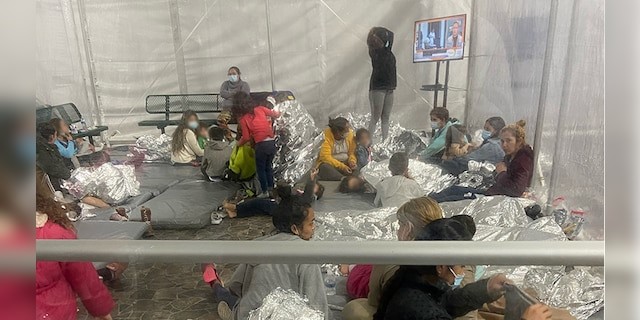 It truly is disgusting. And it appalls me that our Vice President laughs at and ridicules the idea her august self ought to go there.