Here are a couple of graphs, via The Wall Street Journal. 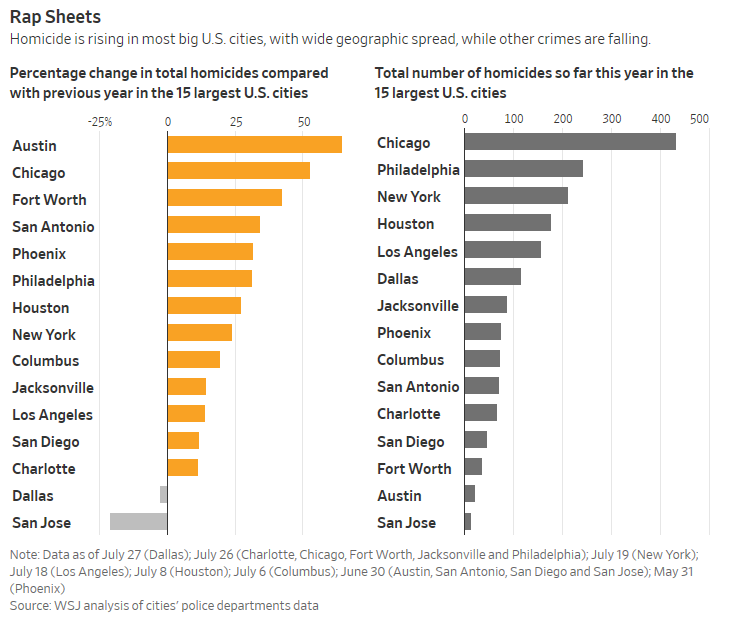 Of these 15 cities, Austin, Chicago, Phoenix, Philadelphia, Houston, New York, Columbus, Los Angeles, Charlotte, Dallas, and San Jose all have Democrat mayors. Eleven of the 15 largest cities are experiencing very large per centage increases in total homicides compared to the prior year—the year before the outbreak of rioting and looting. Only two of the 15—Democrat-run, to be sure, have experienced a per centage drop in homicides. 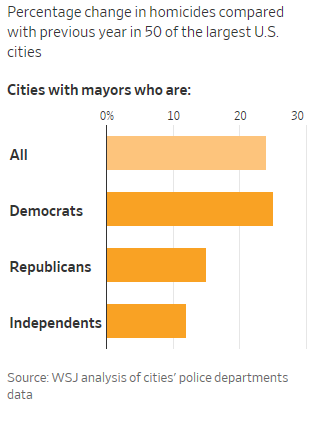 Democrat-run cities have the largest per centage year-on-year increase in homicides—again, comparing with the year prior to the present year of rioting and looting—of the 50 largest cities in the US. These Democrat-run cities drive the average, also; Republican- and Independent-run cities all have significantly lower increases.

But it’s Democrat-run cities who want to defund their police departments, either partially or to the point of abolishing the police altogether.

Remember this in November.