In a Tuesday Wall Street Journal editorial, the editors talked at length and some depth about President Joe Biden’s (D) lies regarding today’s—actually, the last 15 months, the term of his Presidency—inflation as being all the Russian’s, Vladimir Putin’s, fault.

There’s an aspect of the Biden inflation that’s of particular interest though, and that’s the damage Biden is inflicting on us American workers.

[T]he overall price news is terrible for American workers and consumers. The March surge means that real wages fell 0.8%, or a decline of 2.7% in the last year. (See the nearby chart.) Real average weekly earnings fell a striking $4.26 in March alone, and they’ve fallen nearly $18 during the Biden Presidency.

The graph below illustrates the matter since March a year ago. 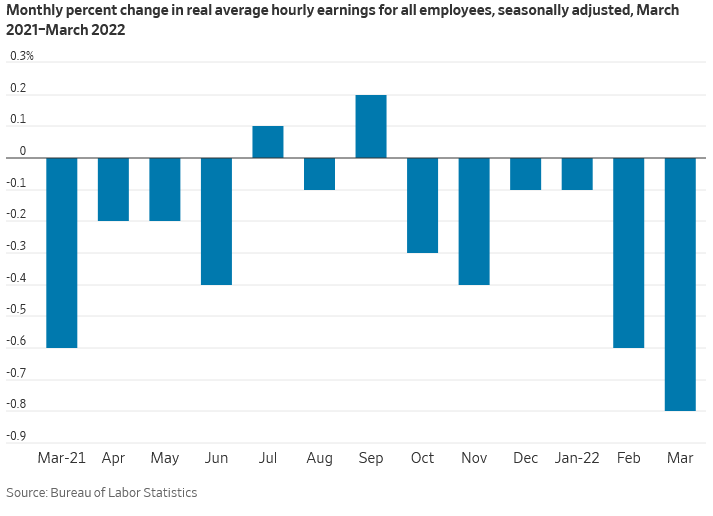 This is a lot like the previous Progressive-Democrat administration, that of ex-President Barack Obama (D). Real wages declined (though not as dramatically) during most of his time in office, also due to his and his Party cronies’ anti-business policies—which amounted to anti-worker policies.