Luca Cacciatore has caught the before and after of the Anti-Defamation League’s attempted redefinition of racism. Here’s ADL’s original definition: 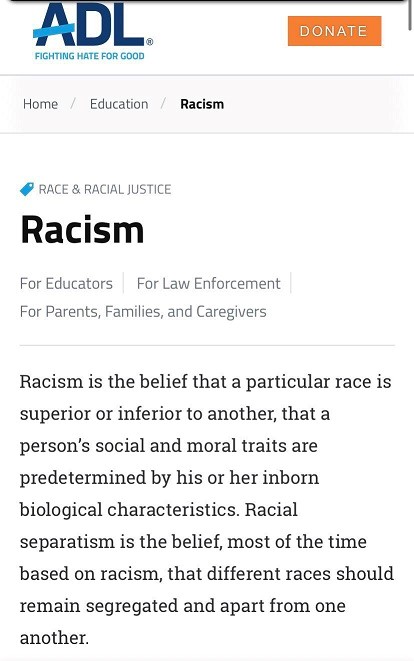 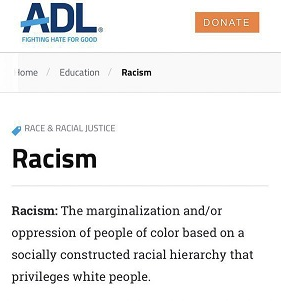 They’ve gone from a balanced definition that identifies the misbehavior in all races to one that makes it impossible for anyone other than a particular race to commit racism.

For a little bit of context, here’s the definition of racism according to The American Heritage dictionary:

1. The belief that race accounts for differences in human character or ability and that a particular race is superior to others.
2. Discrimination or prejudice based on race.

Far from fighting hate for good—that so Precious slogan at the bottom of their logo—the Anti-Defamation League’s personnel, with this Orwellian redefinition, shows how just good they are at hating and generating hate.