Bill Melugin (@BillFOXLA), of FOXLA, known also for his reporting from our border along the Rio Grande Valley, had this Twitter thread concerning the close ties the Los Angeles County Board of Supervisors has with the People’s Republic of China, especially as concerns Americans’ DNA records. I’ve reproduced the thread below, absent the tweeting headers for easier reading.

One other thing: the Los County County Supervisor at the end of the thread that Melugin tried to contact, Hilda Solis, is the same Hilda Solis (D) who sat in ex-President Barack Obama’s (D) Secretary of Labor chair and did so much damage during his first term.

NEW: The L.A. County Sheriff has notified L.A. County that LASD will not work w/ a genetics firm the County hired for mandatory COVID-19 testing/registration of County employees after he received a recent briefing from the FBI warning him about the firm’s links to China. 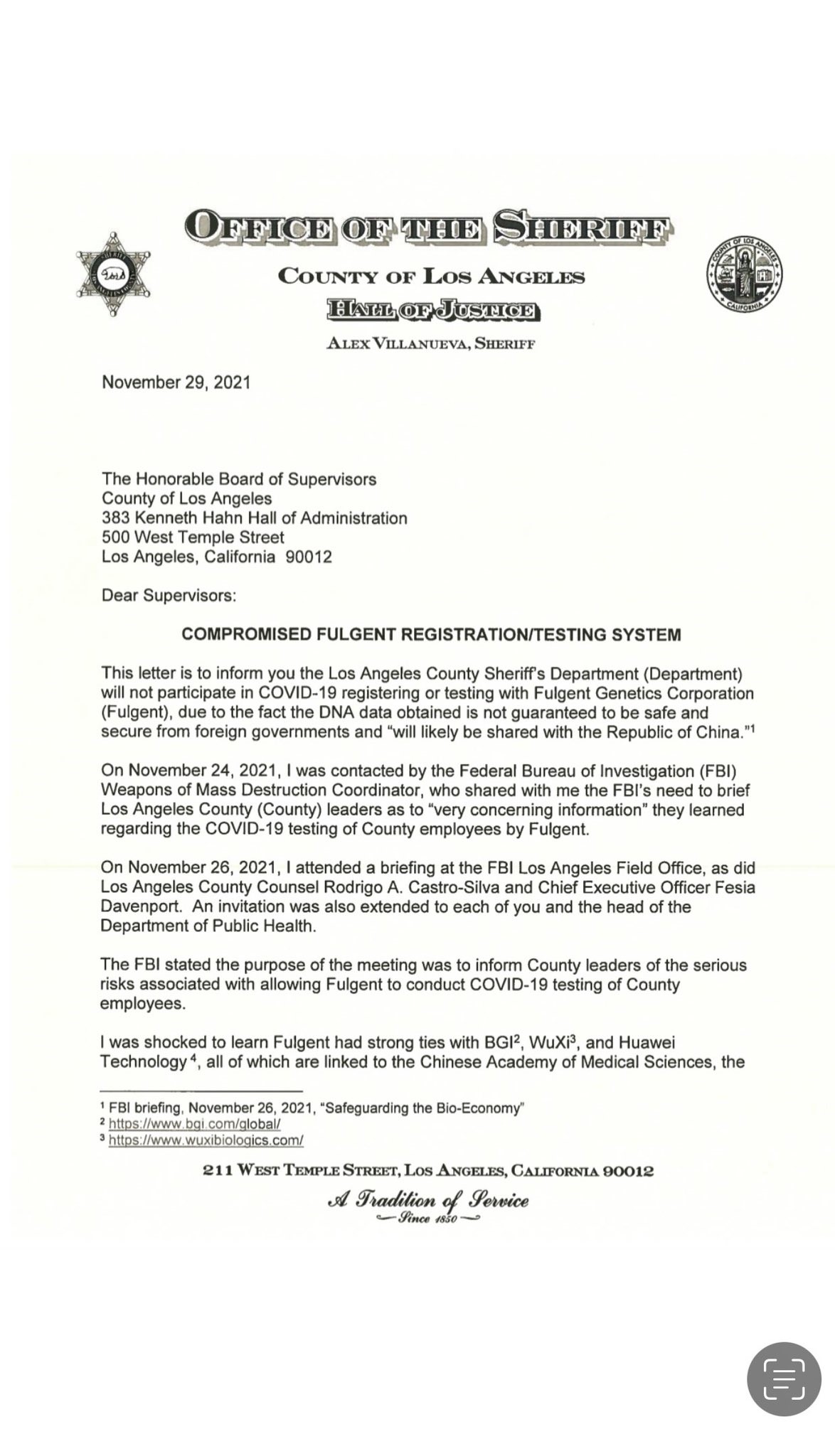 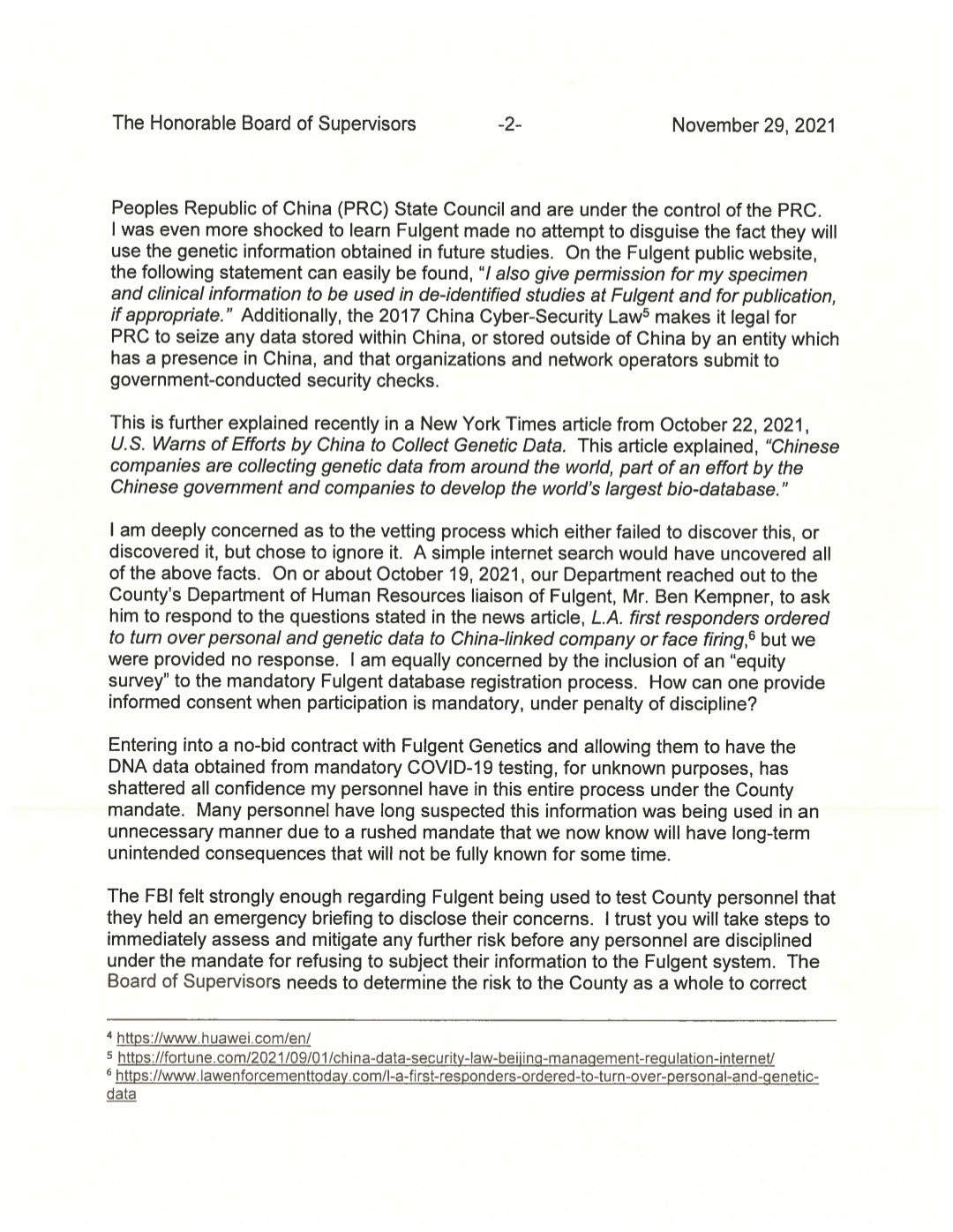 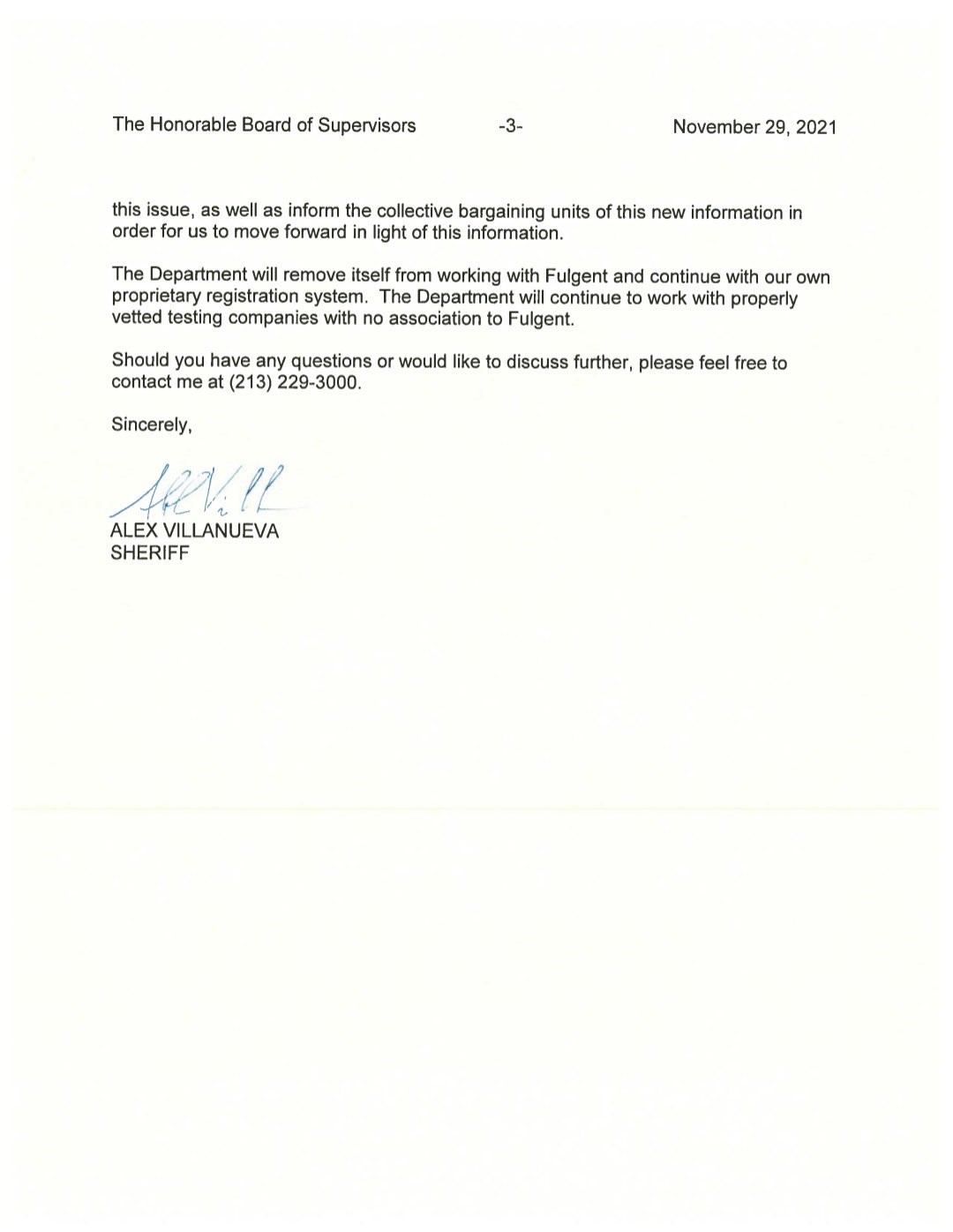 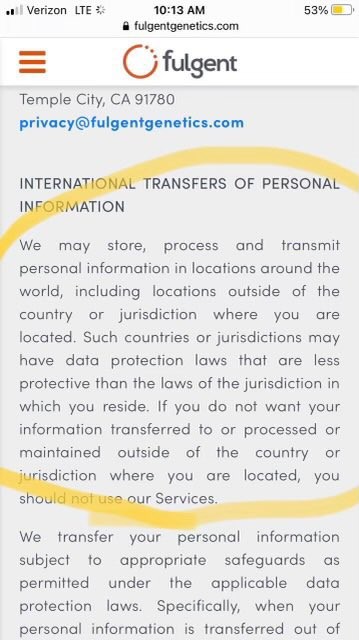 On August 4th, the L.A. County Board of Supervisors issued an executive order mandating all County employees provide proof of vaccination against COVID-19, or face potential termination. L.A. County awarded a no-bid contract to Fulgent to provide testing/registration services.

I’m told some L.A. County departments have already started registering with Fulgent. An employee in the D.A.’s office sent me this letter showing he has already been threatened with disciplinary action & termination for failing to register his information with Fulgent.

Following a competitive process, Fulgent was selected to extend its support of the NYC DOE public school testing managed by the NYC Test and Trace Corps with on-site staffing and RT-PCR tests through…

“While we routinely provide briefings to partners, I decline to comment on the letter tonight.”

I have also reached out to LA County Supervisor Hilda Solis’ office for a response to the Sheriff’s letter. Waiting to hear back.

This is how deeply the People’s Republic of China is penetrating even our local government jurisdictions.