As my wife and better half says, “The tote board tells the tale.” 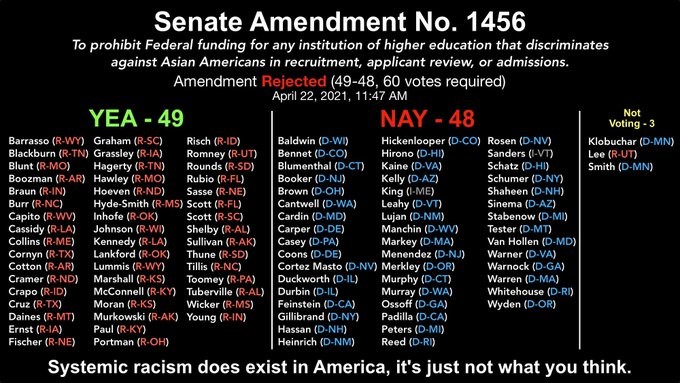 The title of the Senate Amendment might be hard to read (even after a Right Click|Open in New Tab maneuver), so:

To prohibit Federal funding for any institution of higher education that discriminates against Asian Americans in recruitment, applicant review, or admissions.
Amendment Rejected (49-48, 60 votes required)

The Progressive-Democrats’ unanimous decision to kill an actual anti-hate amendment to a Hate Crimes bill is…ironic.