The Wall Street Journal had a piece Sunday that talked about the plans of nations around Earth are forming “to reopen parts of daily life.” I’m more interested in the…slant…made plain in the WSJ‘s subheadline:

Nearly 54,000 people have died from Covid-19 in the US, as calls for more federal aid to states continue to grow

The focus is made even more obvious in the body of the article; these are a couple of examples:

In Israel, where nearly 200 people have died from Covid-19, many stores and beauty salons were authorized to reopen….

Even the graphic near the end of the article focuses on deaths while carefully ignoring the recovereds. 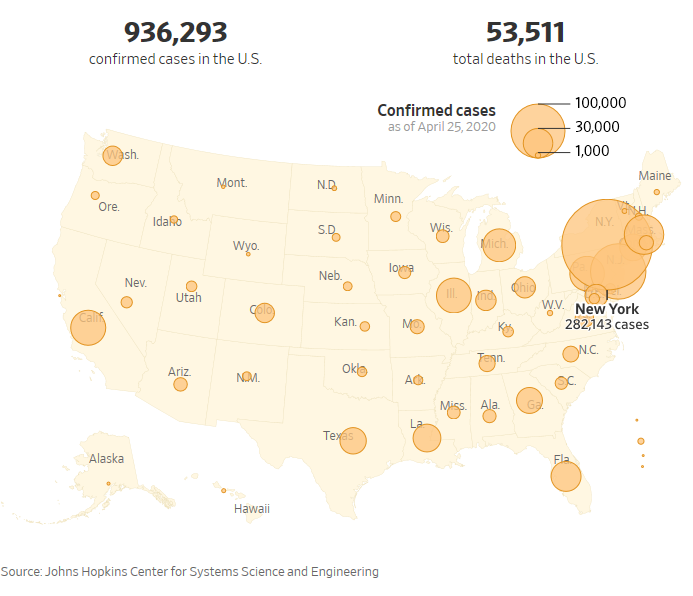 Nor is there mention of the quite low mortality rates and how those rates are declining further as more is learned about components of the numerators of those rates, components like the numbers who were infected but asymptomatic or who were infected but sufficiently mildly so that they didn’t see a doctor or saw one, but were sent home with only mild, ordinary treatments.