Recall the image from the G-7 that’s gone viral: 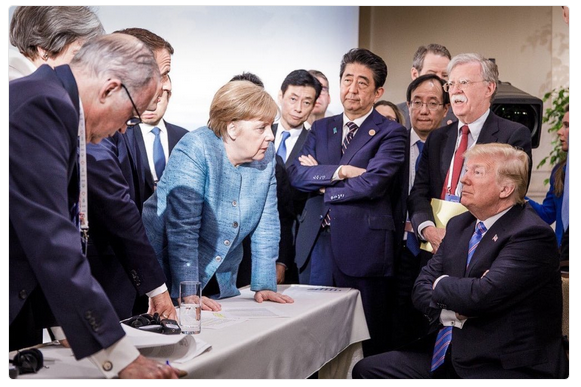 Then there’s this one, taken in the same time frame, via Matt Dawson (@SaintRPh): 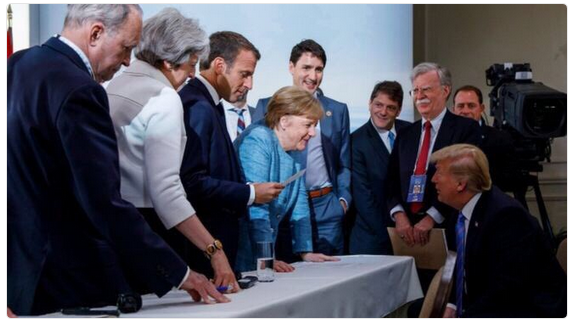 Prime Minister Shinzō Abe is absent in the second picture, so it’s not within a second of the first, but the other major players are present on the left, just as they are in the prior image.

The NLMSM has spiked that second image, which casts a different light entirely on the meeting at which the imagery was taken, and Google and Bing appear to have suppressed it, as well, in their image libraries. This is to be expected, but it’s “sobering and somewhat depressing” to see Germany’s Chancellor Angela Merkel, via her Instagram account, pull such a stunt as this.