Here’s a stat from Spectator Index. 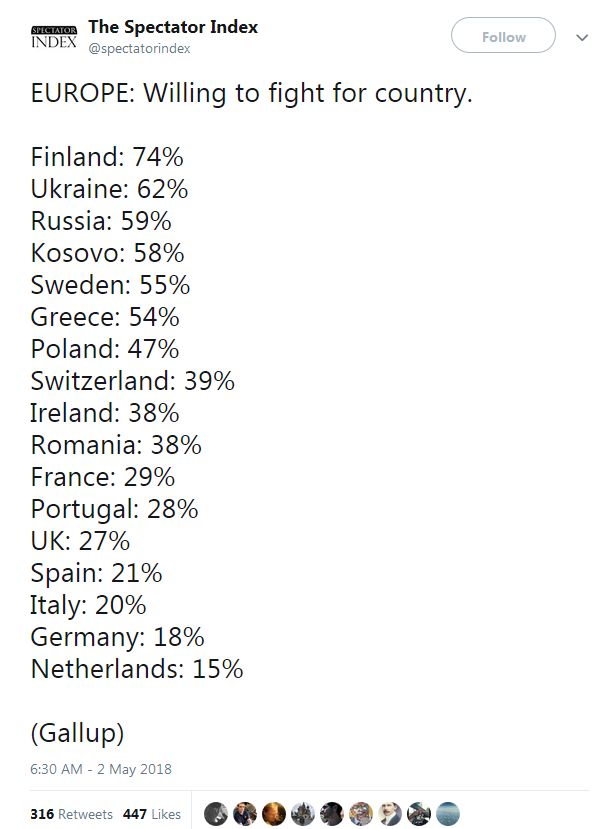 The people of most of those nations would appear to prefer to be slaves of a conqueror.  The top two nations, on the other hand, have recent and direct experience with Russian dominance.  Which makes Poland’s poor attitude surprising.

On the other hand, the general attitudes of the NATO nations makes one wonder about the utility of NATO at all, and whether we wouldn’t be better served by forming a mutual defense alliance with those eastern European nations that still have some self respect—many of which aren’t listed in the poll.

Poke around the comment thread, too.  There’s at least one who’s arguing with a straight face that Turkey and Russia are not in Europe.