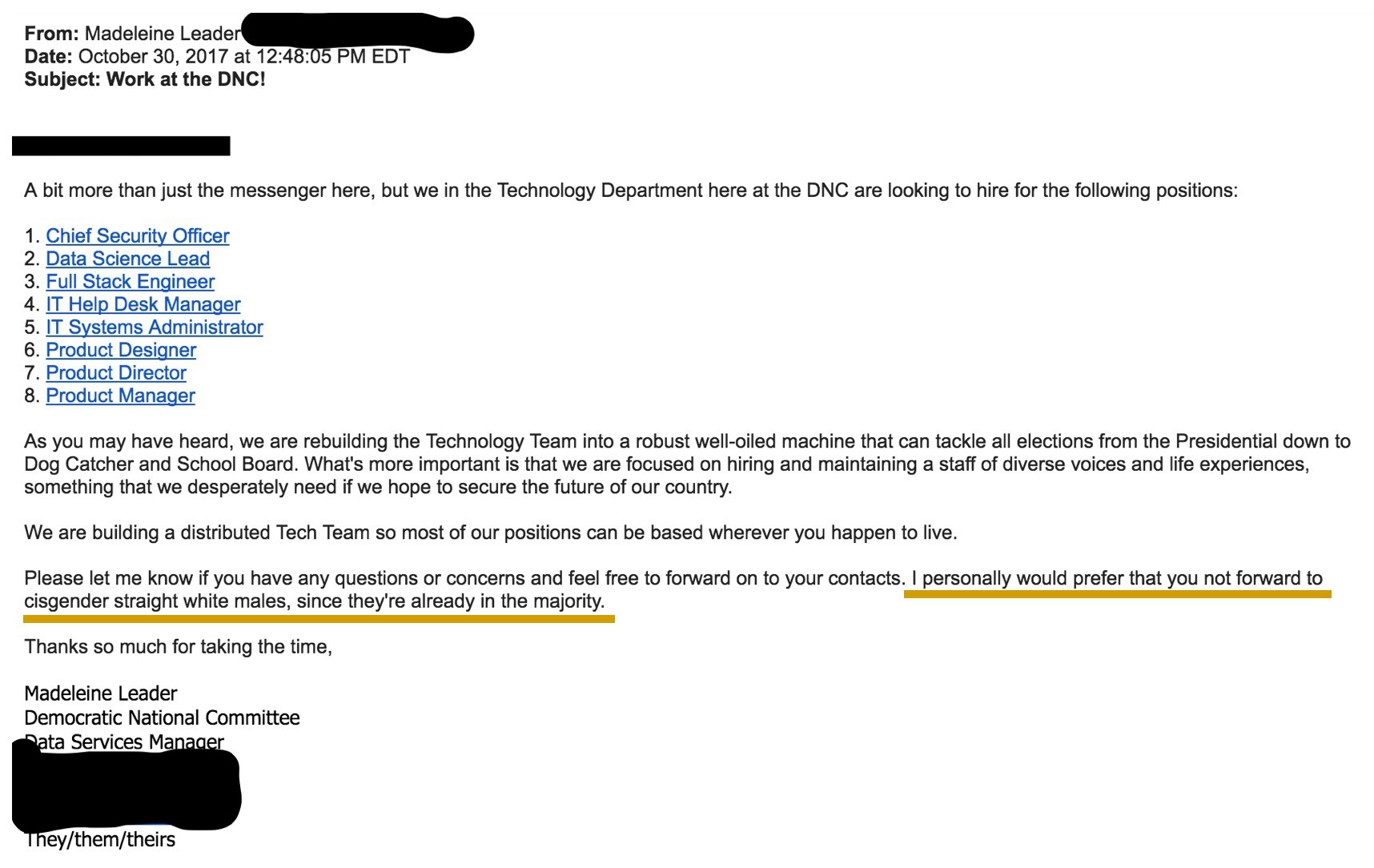 The emphasized line (emphasis by Power Line)—the money line—says I personally would prefer that you not forward to cisgender straight white males, since they’re already in the majority.  The line gains yet more significance coming on the heels of the first paragraph of Madeleine Leader’s (DNC Data Services Manager) missive.  After saying the DNC needs to rebuild its Technology Team into a capability for “tackling all elections,” she emphasized [emphasis added]

What’s more important is that we are focused on hiring and maintaining a staff of diverse voices and life experiences….

The Progressive-Democratic Party’s sexism, masqueraded as virtue signaling, is more important than merit—except that they define merit on the basis of gender and racial diversity, not on actual capability.

This is the gang that would rule our nation.  What damage would they do in the name of a diversity that favors Party-chosen groups?