The NLMSM and the Left, and too many virtue signaling Republicans are decrying President Donald Trump for his castigation of both sides for the violence inflicted during the Charlottesville protest riots last weekend.  The image below, though, gives the lie to that false crying and that demand to call out only the white supremacists, neo-Nazis, and Nazi wannabes for their part in the violence. 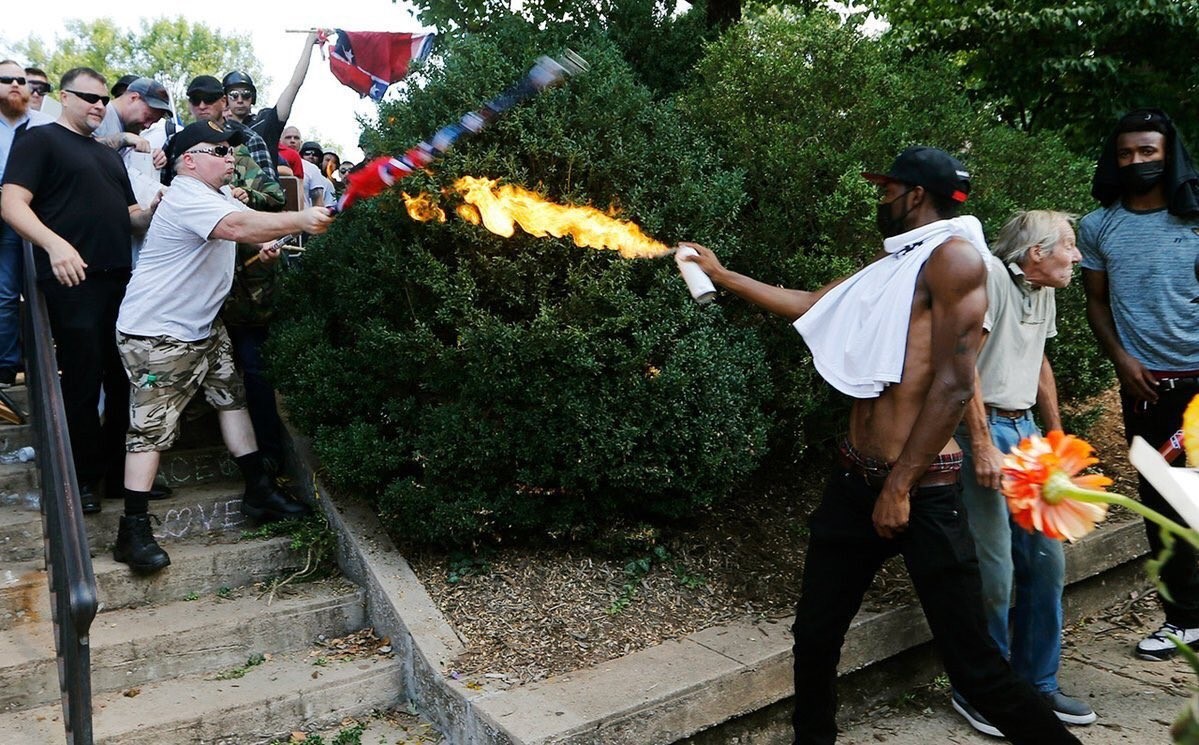 Clearly, this flamethrower is being wielded by a “counter-” protester, a man of the Left.  Just as clearly, he came prepared to inflict his assault.  This terrible violence is what the folks above, and people who should know better, like Stephen Hayes and Juan Williams, insist should be ignored with only the hate groups of the “right” called out.  The hatred and bigotry evident in this image can’t possibly be on the same plane as the hatred and the bigotry of the “right’s” hate groups.  The Left’s hate groups are special.

This is racism in full throat from the Left, and those claiming to be on the right agreeing with them should be ashamed of themselves.

Separately, notice my use of quotes around “right.”  I wrote this in an earlier post, and I’ll repeat it here; it wants emphasizing.  Hate groups aren’t part of the right or the left, they’re just part of Hate.  They’re on only one side, their own.

3 thoughts on “The Racist Double Standard”