The vice president of the Student Government Association at the University of Houston was punished by the Student Senate for a Facebook post that read, “Forget #BlackLivesMatter; more like #AllLivesMatter.”

The “offending” Facebook post by SGA VP Rohini Sethi has since been deleted, but below is an image of it. 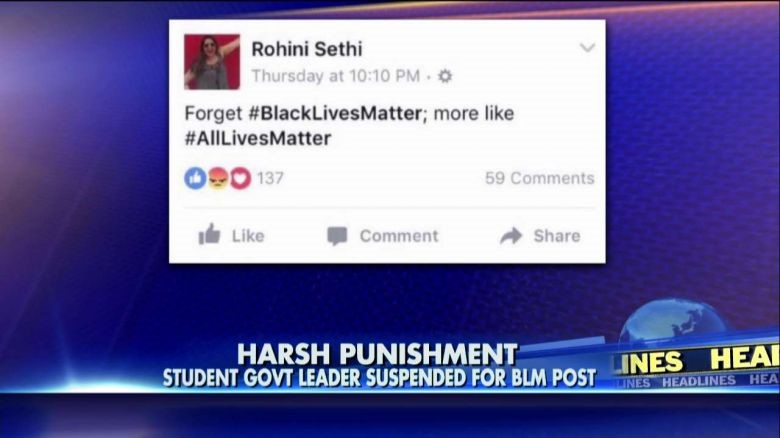 UofH’s response at the demands of the Black Lives Matter movement?

If she doesn’t complete this Mao-ist reeducation camp requirement, the SGA will banish her from their organization.  And expose her to continued harassment for her effrontery.

It is rank racism that proclaims the perhaps lives matter, but especially some lives matter more than others.