This figure is from Econbrowser‘s summary of the study: 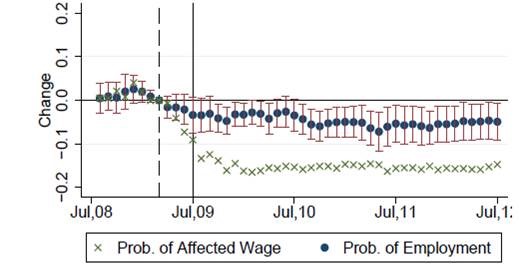 As Clemens and Wither put it,

Over the late 2000s, the average effective minimum wage rose by 30% across the United States. We estimate that these minimum wage increases reduced the national employment-to-population ratio by 0.7 percentage point.

Clemens and Wither also had this:

But Progressive Democrats know better. Facts are for the little people—you and me.