…for which the US—President Barack Obama and his mouthpiece, Valerie Jarrett and Samantha Power, and his State Department’s mouthpiece, Jen Psaki, have roundly condemned Israel. A typical Obama administration rush to judgment without tarrying for such trivia as facts.

Lenny Ben-David, Managing Director of the Israel Consult, Inc, and erstwhile Israeli Deputy Chief of Mission in DC, has put together some imagery that sheds light on the…incident…with the school. I’ve reproduced them below, together with Ben-David’s twitter captions of them. 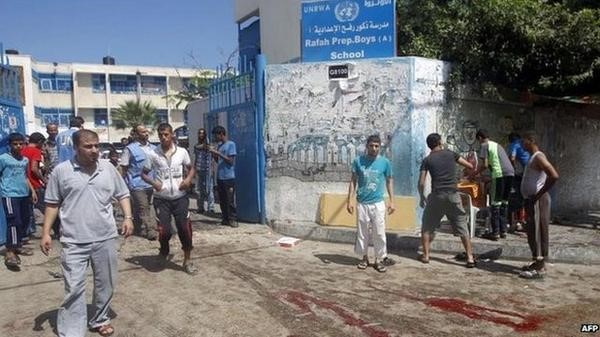 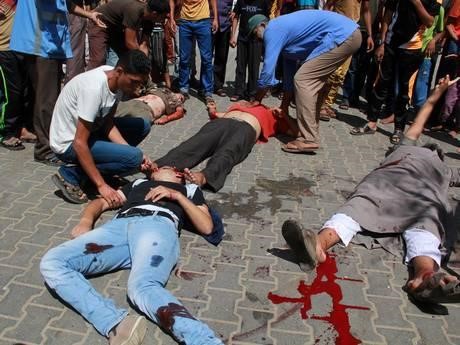 Propag Scandal at Rafah UN school 3. Need a child in pic. Striped shirt man brings her. #Israel claimed hit PIJ men pic.twitter.com/hWWBZdSyIC [To which I add: compare the background of this image with the background of the first image: the child, here, clearly is being carried into the school from the outside.] 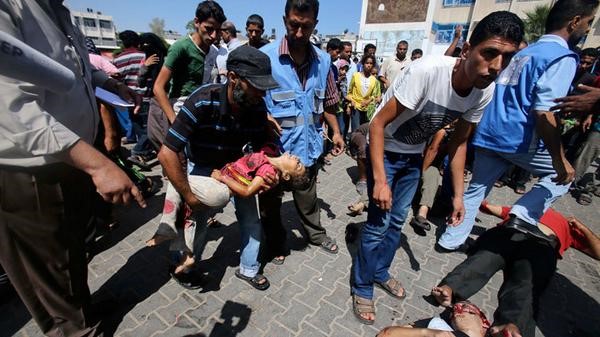 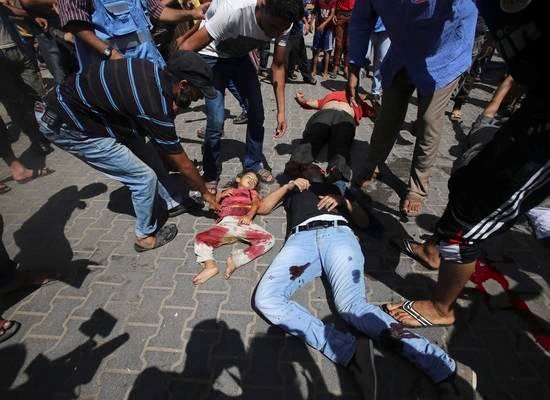 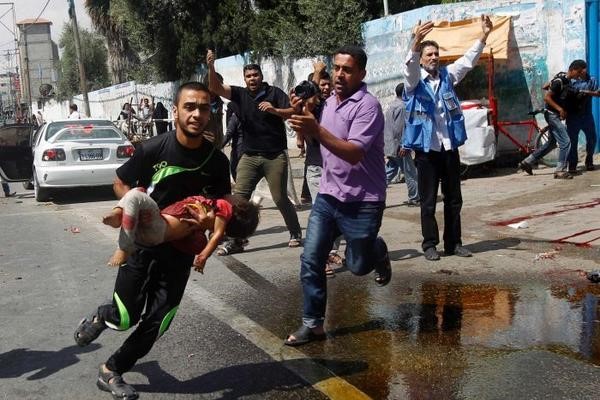 These “casualties” obviously were generated well outside the school and carried in for a cynical arrangement. Which our administration, among others, fell for.

That the school wasn’t even hit, much less the target, is shown here.

Will we see soon (or at any time) an apology to Israel by Obama or any of his minions? Maybe not.