Senator Joe Manchin (D, WV) and Senate Majority Leader Chuck Schumer (D, NY) and President Joe Biden (D) tout the just passed (I ass-u-me; I’m writing this on Sunday morning) Build Reduced Back Act as not raising taxes on Americans with incomes less than $400k per year. Senator Kyrsten Sinema (D, AZ) agrees with that by her relative silence on the matter.

However, their very own Congressional Joint Committee on Taxation demonstrates the lie of that claim. 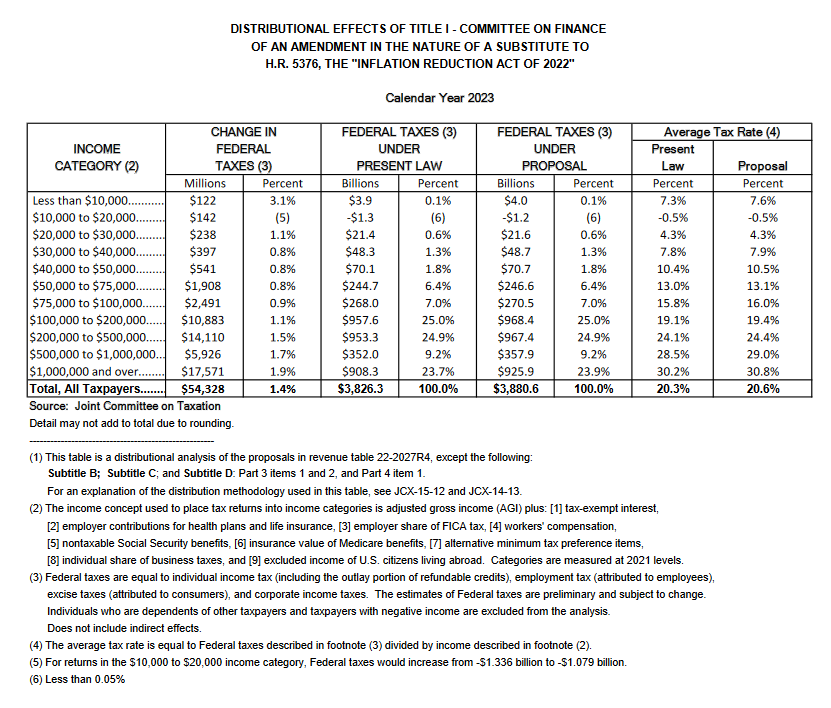 Just the News aggregated those data:

A three-tenths of a percentage point increase might seem like chump change to those politicians, but they need to explain that increase to the large fraction—majority?—of Americans who already live paycheck to paycheck and now will have that “chump change” taken out of their pockets in addition to the taxes they already pay, along with the rising costs of the food, energy, and housing with which they’re already confronted.