A short word on President Joe Biden’s (D) allegation wherein he shifts the blame for our high inflation to Russia’s President Vladimir Putin and the latter’s invasion of Ukraine. This graph is from Trading Economics: 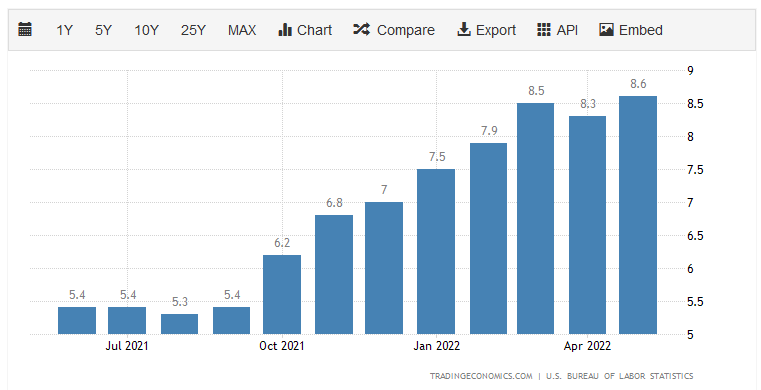 The January 2022 year-on-year inflation rate was 7.5%. February’s was 7.9%; Putin’s invasion was too late in the month to have materially affected that month’s rate.

87% of May’s inflation rate was already occurring in January, two months before Putin invaded Ukraine.  By February, that had risen to 92%.

Apparently, according to Biden, time travel is a thing, and it’s a weapon solely in Russia’s arsenal.