The Left never threatens violence against those with whom they disagree.  Mm, mm.

A Democratic state senator in Missouri is facing resignation calls for posting on Facebook Thursday that she hopes President Trump is assassinated. 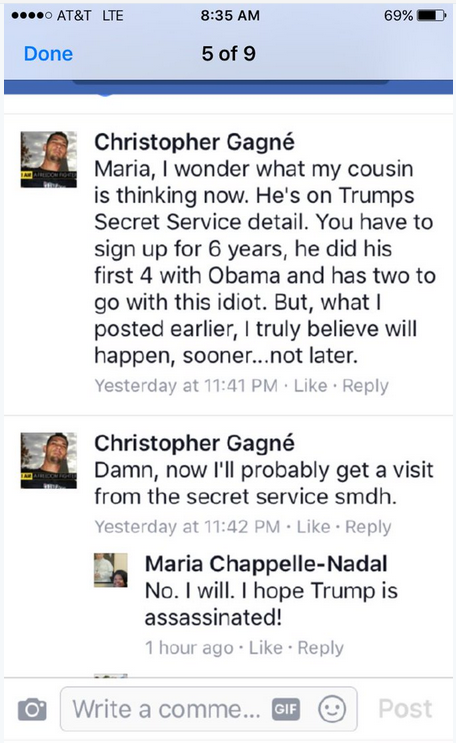 Then, showing the courage of her conviction, she deleted her Facebook post and pretended to apologize for it.

An actual apology, too, and not the noise that’s used for an apology in the 21st century.  Cool.