Several municipalities in New Jersey have taken to painting a blue line down the middle of their Main Streets as a show of support for their police and police departments.  The image below is an example of that. 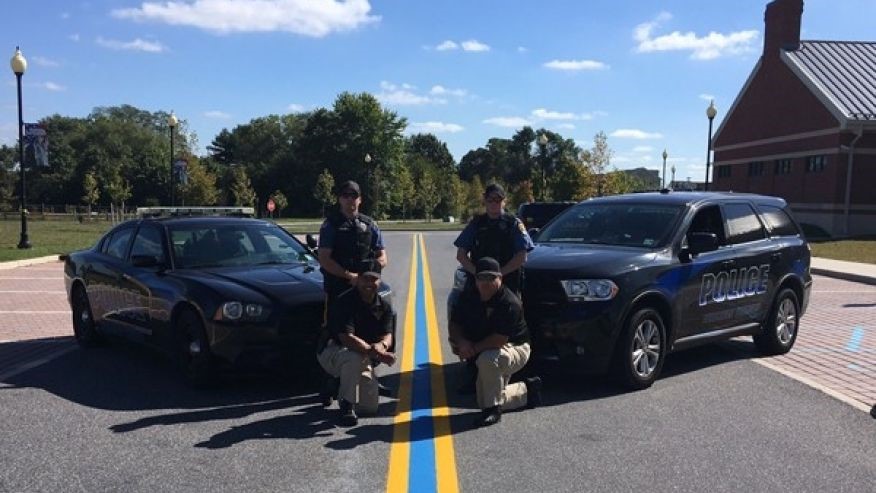 President-On-The-Way-Out Barack Obama’s (D) Department of Transportation has decided to take a dim view of this move.

There are many appropriate and fitting ways to recognize service to the public that do not involve the modification of a traffic control device, which can put the road user at risk due to misinterpretation of its meaning[.]

The Democrats are projecting again.  Only they would think Americans are so dumb that we’d misunderstand a blue line, when road markings for traffic control are yellow or white.

One can hope that DoT Secretary nominee Elaine Chao will be able to correct this departmental culture.