Recall the Somali student at Ohio State University who attacked so many of his fellow students because he blamed the US for anti-Muslim fervor in Burma and who “wanted to kill a billion infidels.”

Stephanie Clemons Thompson, Ohio State University’s Assistant Director of Residence Life, put this up on Facebook, according to Debra Heine of PJMedia: 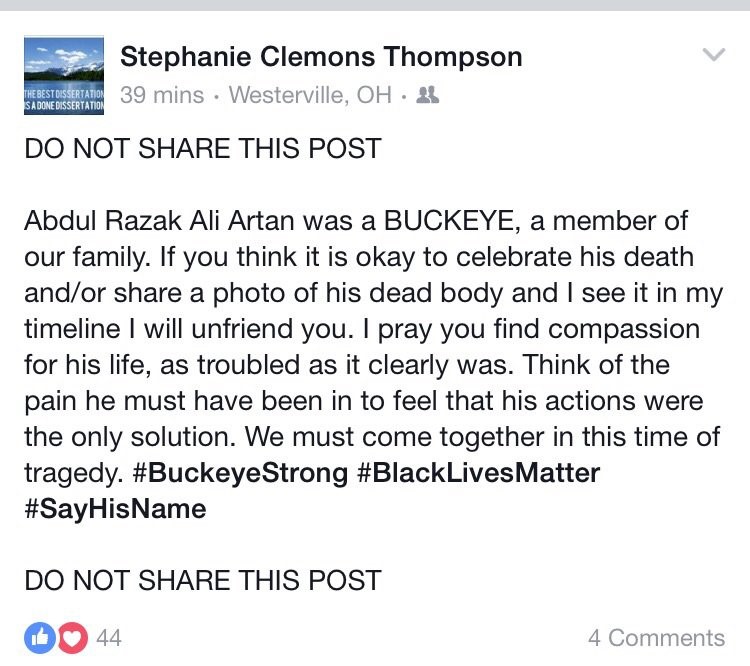 Oh, and Thompson appears to have taken down her Facebook post.  Apparently she doesn’t even have the courage of her own conviction.