The pseudo-scientists of the climatistas say that the rain delay between the 9th and 10th innings of last Wednesday’s Game 7 was caused by global warming.

Seriously, the science wizards behind the party’s Twitter account asserted that it “should” be snowing in Cleveland on November 3. It’s November, it’s Cleveland…it’s called science, people.

It’s November. It should be snowing in Cleveland, not raining! Blame global warming for the delay. #WorldSeries

Science, indeed.  Here’s a table of temperatures in the latter two-thirds of November 1908, the last year the Cubs won a Series, via the same Watts Up With That link above [highlight in the original]: 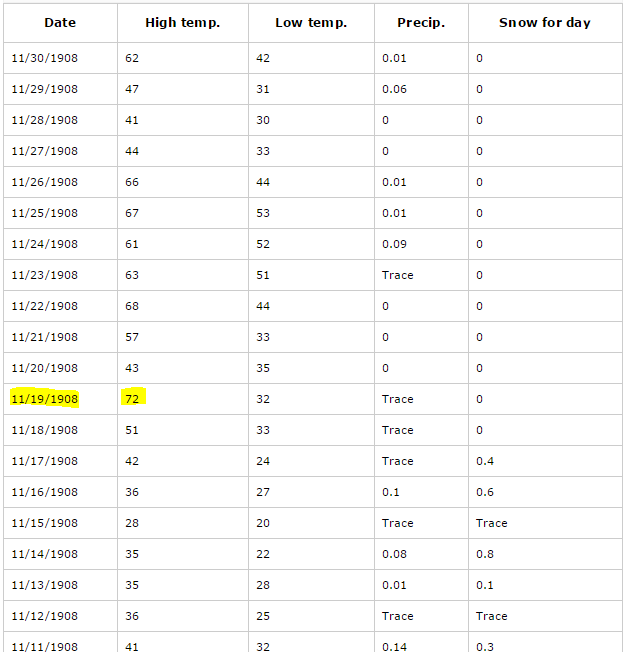 It would be funny, if this weren’t so serious.  As it is, it’s risible.