In the wake of the Islamic terrorist attack, sponsored, if not directed by the al Qaeda network, Charlie Hebdo (their site is down or overwhelmed as I write this) printed their next issue with an image of Muhammed on its cover. 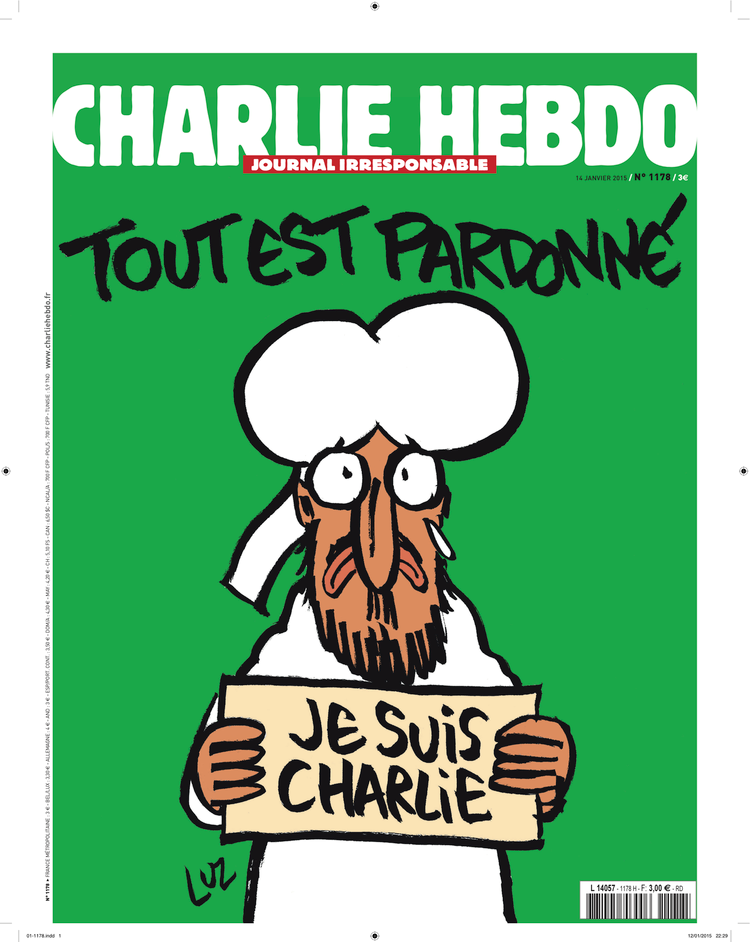 Even as they cover the news of this story, though, as Howard Kurtz pointed out in his recent column, American “news” outlets refuse to print the image that is the center of this news story: Charlie Hebdo‘s cover. CNN, ABC, NBC, MSNBC, and the New York Times are among those refusing to complete their news stories by showing what it is they claim to be talking about. Kurtz wrote this about that decision:

[N]ews executives had to weigh the safety of their employees, as well as their usual practice of not running images that are gratuitously offensive to religion. (Yes, I know that some have run anti-Christian images in the past but seem to be more skittish about offending Muslims.)

The parenthetical in that cite gives the game away. News…executives…aren’t worried about safety, and they’re not concerned about gratuitous religious offense (they’re not worried about gratuitous offense at all—see the slurs and degrading stories they publish about Tea Partiers, conservative women, conservative blacks, anyone who doesn’t think like they do).

American news executives are cowards, plain and simple. And they’ve surrendered their erstwhile freedom to speak to Islamic terrorists in their cowardice.