…about which I wrote earlier.

This graph (constructed from the Bureau of Labor Statistics’ Current Population Survey, Table A-1) comes from a report by Senator Jeff Sessions (R, AL), Ranking Member of the Senate Budget Committee. 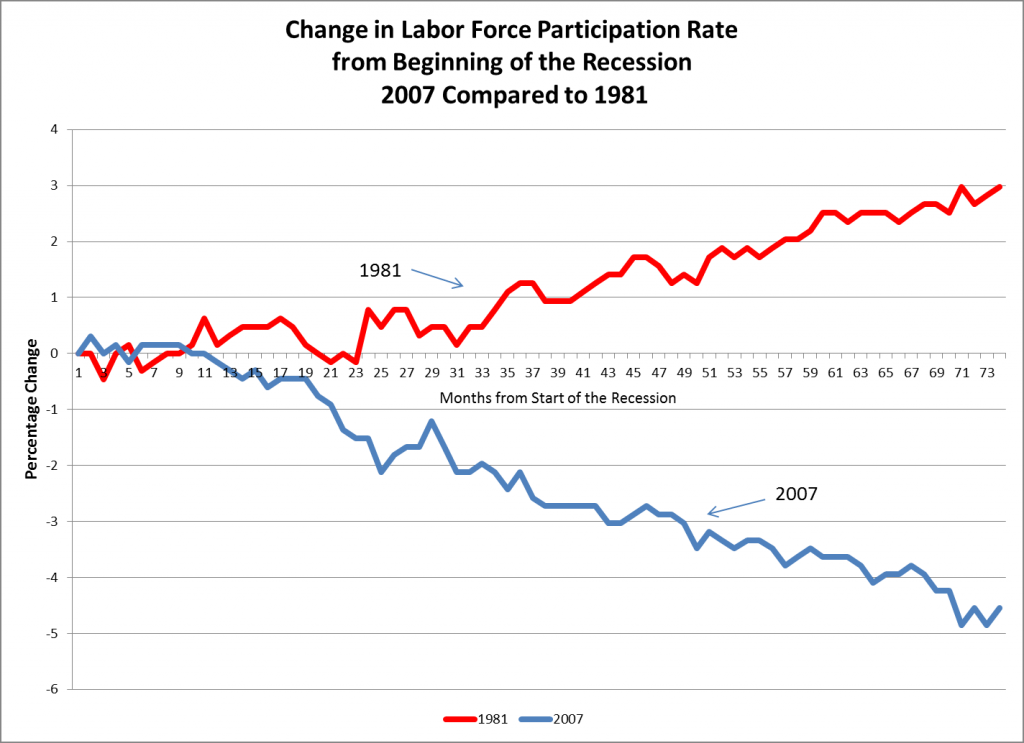 Notice that. The labor force participation rate wasn’t affected at all by the Panic of 2008. Quite the contrary, the participation rate’s decline continued unaltered by the Panic—and unaltered by President Barack Obama’s policies. Closely tied to that failure is this: in 2007, just prior to the Panic, 146,273,000 Americans had jobs. As of last February, in the middle of that failed GDP quarter of which I wrote, 145,266,000 Americans had jobs—a decrease of a bit more than 1,000,000 Americans.

And Obama has been on the hustings bragging about that headline unemployment number.