The Freedom from Religion Foundation is attacking a Viet Nam War memorial, and it’s attacking Coos Bay, OR, for having it.

The atrocity this time is a small memorial erected by the local Jaycees in 1972—as that war was winding down—and that has a Latin cross atop it*: 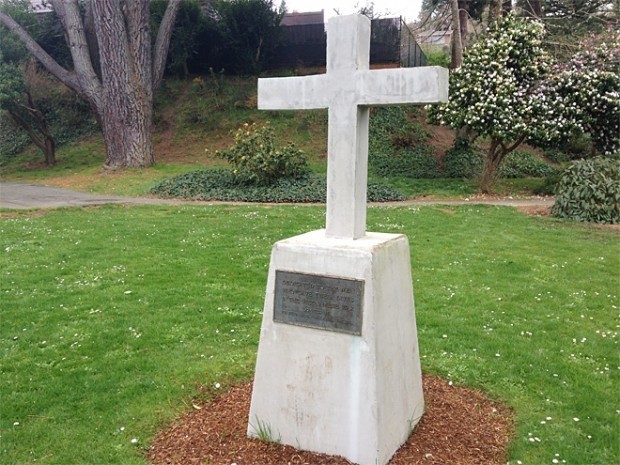 We have no objection to the veterans’ memorials.  Our objection is to the message of endorsement of Christianity over other religions and non-religions.  The Christian-only memorial sends a message that the government only cares about the deaths of Christian soldiers, not Jewish, other non-Christian, and non-religious soldiers[.]

She might want to consult with some of those Jewish, other non-Christian, and non-religious soldiers.  They certainly have been supportive of the Latin cross at the Mojave Desert and Mt Soledad War Memorials.  Maybe it’s because Latin Crosses aren’t Christian symbols, per se, on war memorials; they’re symbols, instead of our fallen and of our respect for their sacrifice and the sacrifice of their surviving families.  That’s a degree of respect the FFRF might want to start showing.

Craddock has the right of it:

With all the issues facing our city, we probably have more important things to do[.]

*The photo is by KCBY.