James Pethokoukis, of AEIdeas, an affiliate of the American Enterprise Institute, has an article that shows the economic devastation extant in the policies of the Federal government.  It’s important to note that, much as I dislike the present administration, these results also flow from the “efforts” of a long string of administrations.

I don’t have much to add, so here is the complete article, reprinted with the kind permission of AEI. 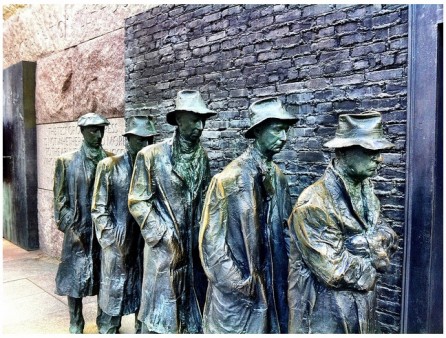 The original purpose of Medicaid was to provide improved healthcare access for poor people, while not turning the safety net into a trap. Under President Obama’s Affordable Care Act, Medicaid will be greatly exapnded beyond what Congress originally intended.

In fact, as these charts show, it has already expanded beyond what Congress surely originally envisioned and, in the process, has created a terrible fiscal problem for the United States. (These charts and graphics come from a briefing today here at AEI, conducted by Gary Alexander, secretary of public welfare for Pennsylvania.)

– The number of Americans on disability has risen 19% faster than jobs created during this recovery.

– There are just 1.2 private sector workers per 1 person on welfare or working for government.

– There are now just 1.65 employed persons in private sector per 1 person on welfare assistance.

Check out the charts and graphics for yourself:

1. Fewer workers and their tax payments have to support more and more Medicaid recipients. 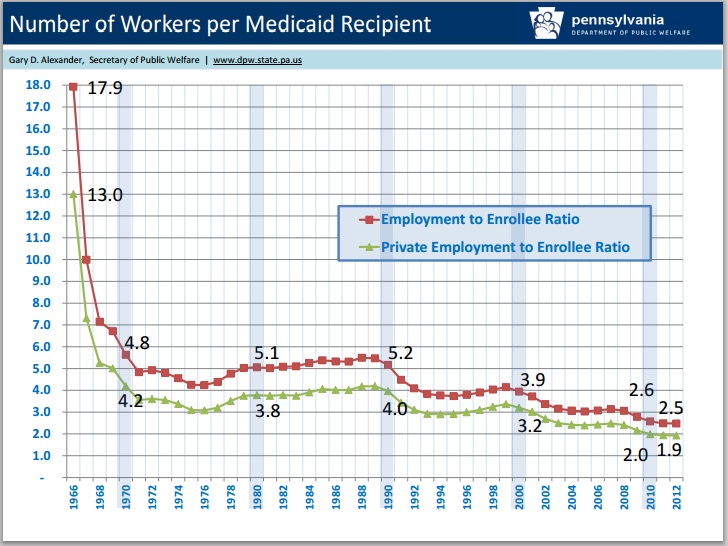 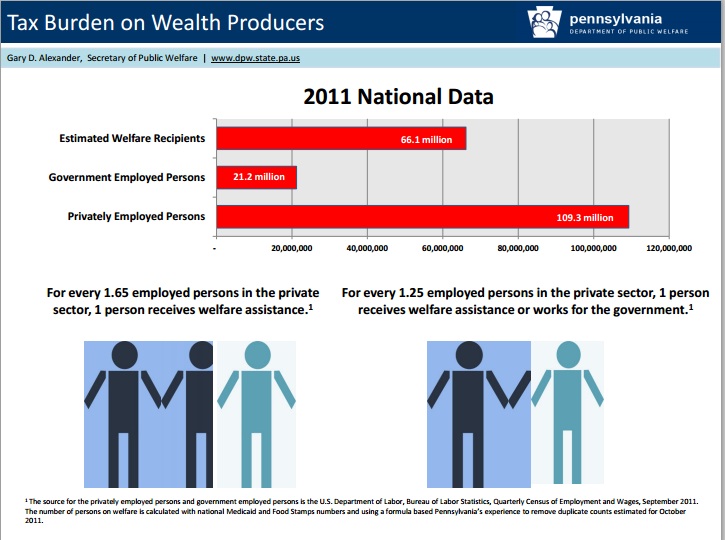 3. Medicaid and other welfare enrollment has exploded. 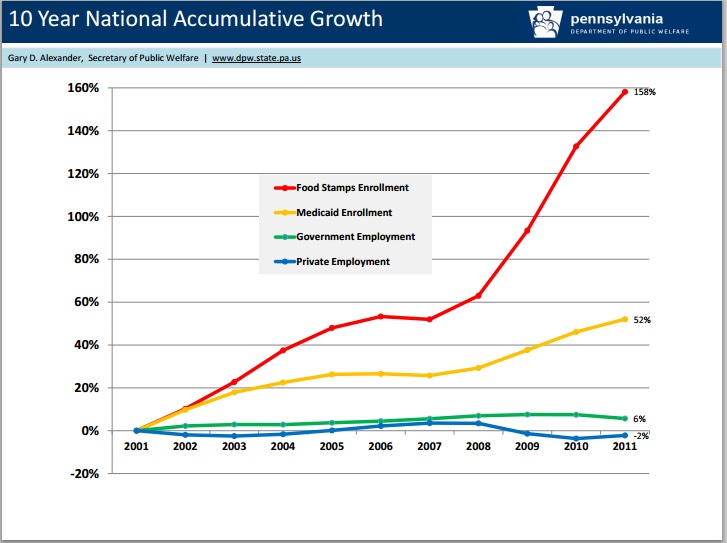 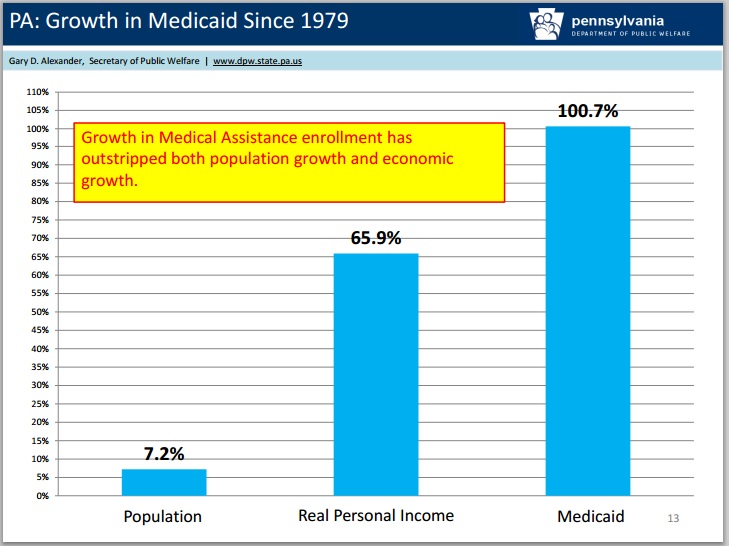 5. Medicaid spending? You ain’t seen nothing yet. 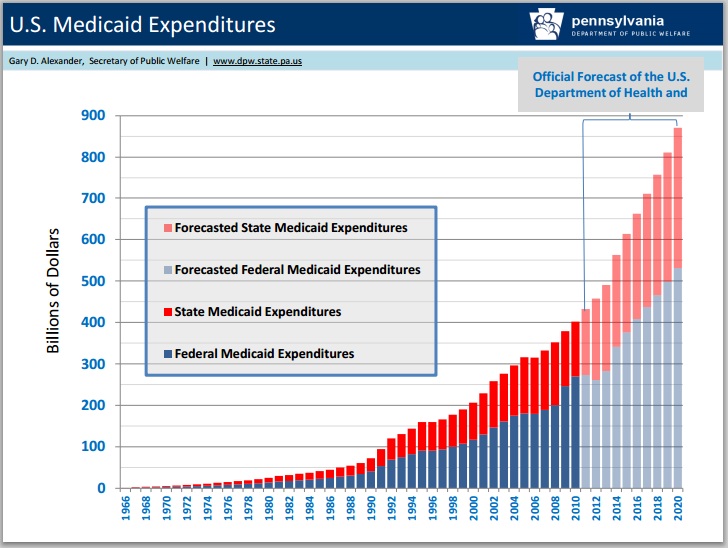 6. Disability enrollees have exploded and are rising faster than job creation. 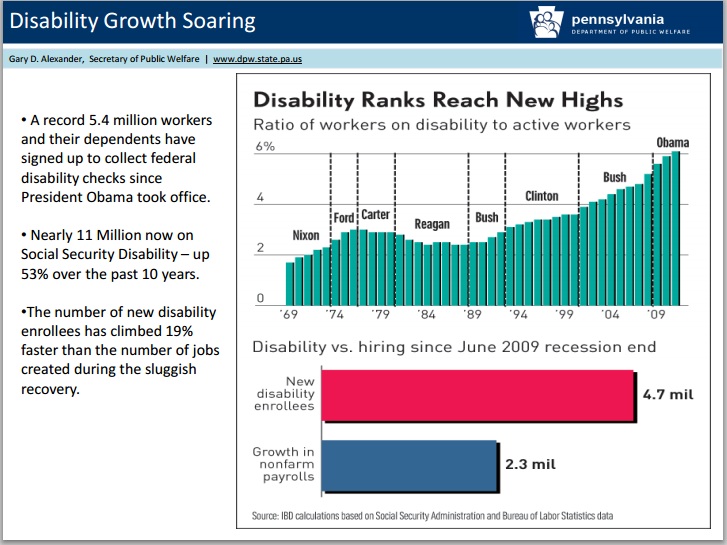 These charts show an out-of-control welfare state that is about to get even bigger, increasing both budget costs and dependency.