Real median household income—the amount earned by those in the very middle—hit $65,084 (in 2019 dollars) for the 12 months ending in July. That’s the highest level ever and a gain of $4,144, or 6.8%, since Mr Trump took office. By comparison, during 7½ years under President Obama—starting from the end of the recession in June 2009 through January 2017—the median household income rose by only about $1,000.

These data predate the Trump partial tax reform (partial, because the individual income tax rate reductions still need to be made permanent, an act the Progressive-Democrats in Congress are loath to support). That reform has added an additional $1,400 to the average (not median—mixing apples and salt, to an extent) household, $2,900 per MFJ with two kids household.

This graph puts the matter visually and clearly: 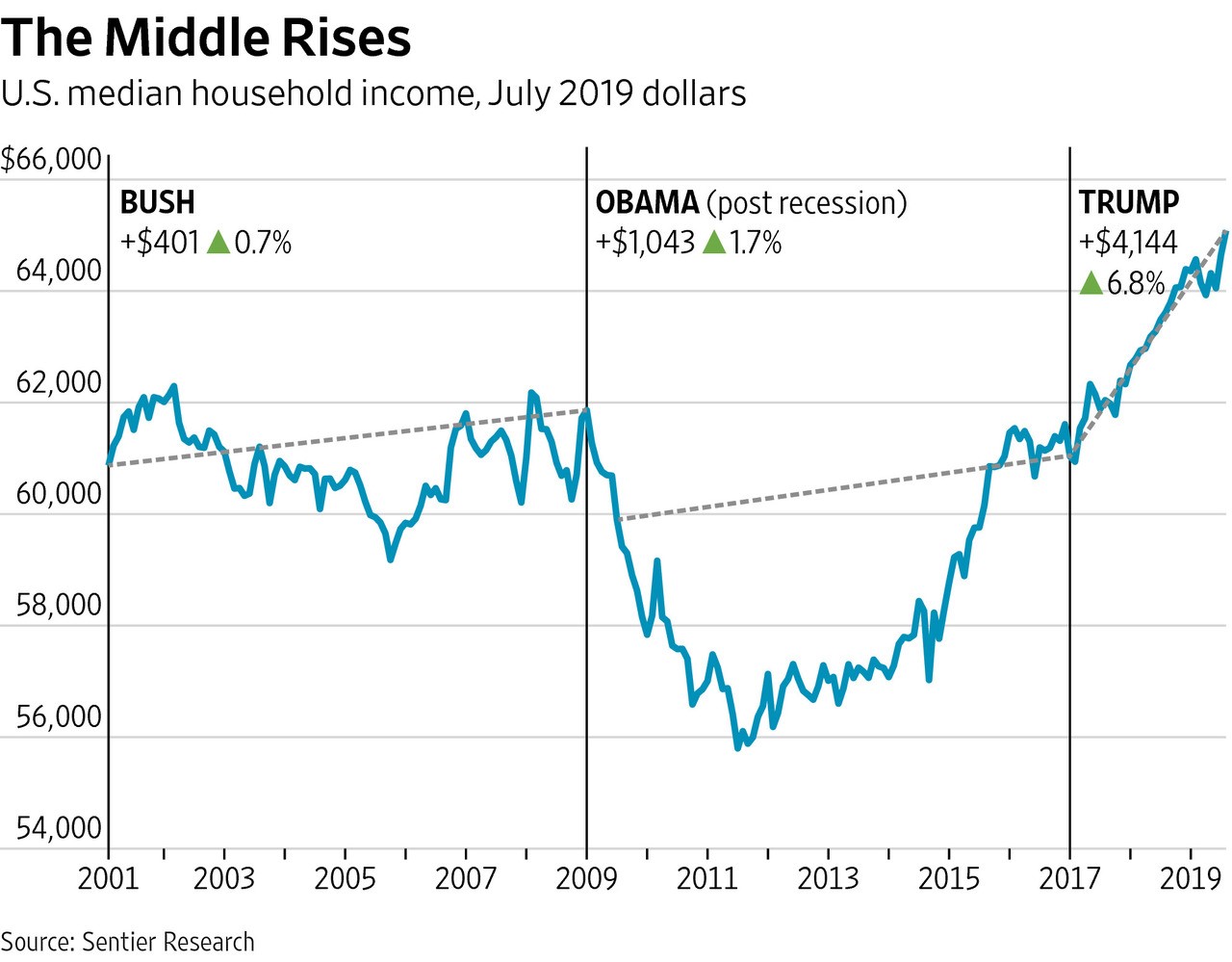 Both rises, though, are faster than anything possible under any of the proposals of any of the current crop of Progressive-Democratic Party Presidential candidates.