And all for the sake of a personal legacy, apparently.

Republic of Korea President Moon Jae-in has cut an Olympic-sized deal with northern Korea concerning the latter’s participation in next month’s Winter Olympics.  According to the deal,

South Korean athletes and performers [will go] north of the demilitarized zone for training at a North Korean ski resort and a cultural event at a scenic mountain resort.

[T]he two Koreas will walk into the opening ceremony of next month’s Winter Games in Pyeongchang, South Korea, under one flag—the unification flag that depicts all of Korea. The two countries’ women’s ice hockey teams will unite to form a joint Korean squad. 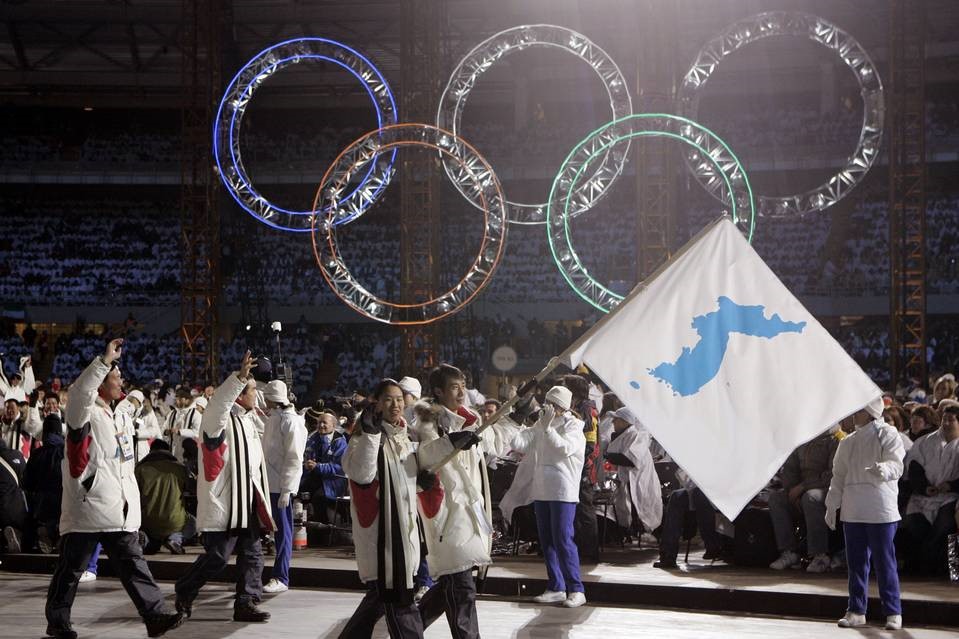 It’ll be even more interesting to see how many of the RoK women’s hockey team actually show up.  There’s considerable disgruntlement among the team, Olympic athletes generally, and athletic sphere leadership over Moon’s agreement here, both over the agreement and over the RoK players who will be cut or denied ice time to make room for the north’s players.

And: the agreement seems not to have been done with athletes’ input or even warning that it was coming.  Moon certainly is setting his legacy.