Cops act out of ignorance, a famous man said.

No, they don’t.  They act out of honor and integrity, especially when the chips are down.  Or the storm is up.  Follow the link in the quoted paragraphs.

Dramatic footage shows a Florida sheriff’s deputy saving an American flag that was being battered in Hurricane Irma’s powerful winds.

The video, which was posted to the Martin County Sheriff’s Office, shows Lt. Danny Cunningham running from his car into strong winds and rain to retrieve the beaten flag from a pole.

“I couldn’t watch it get blown apart,” Cunningham reportedly said.

And this bit by an Aransas Pass cop during Harvey. 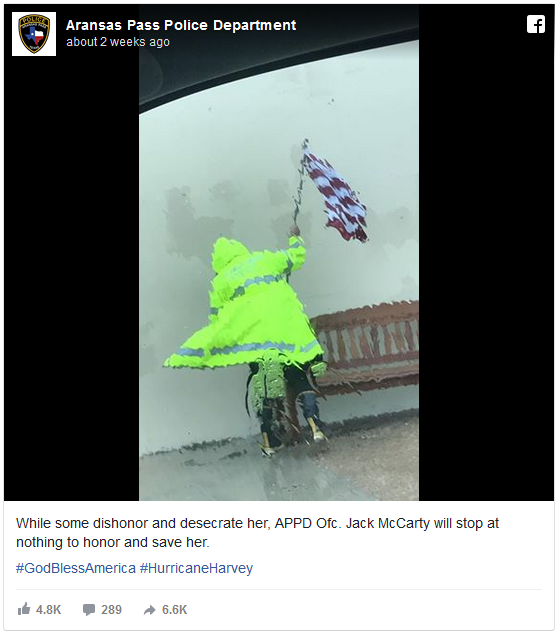