The Wall Street Journal provided an amazing graphic in its Wednesday edition. 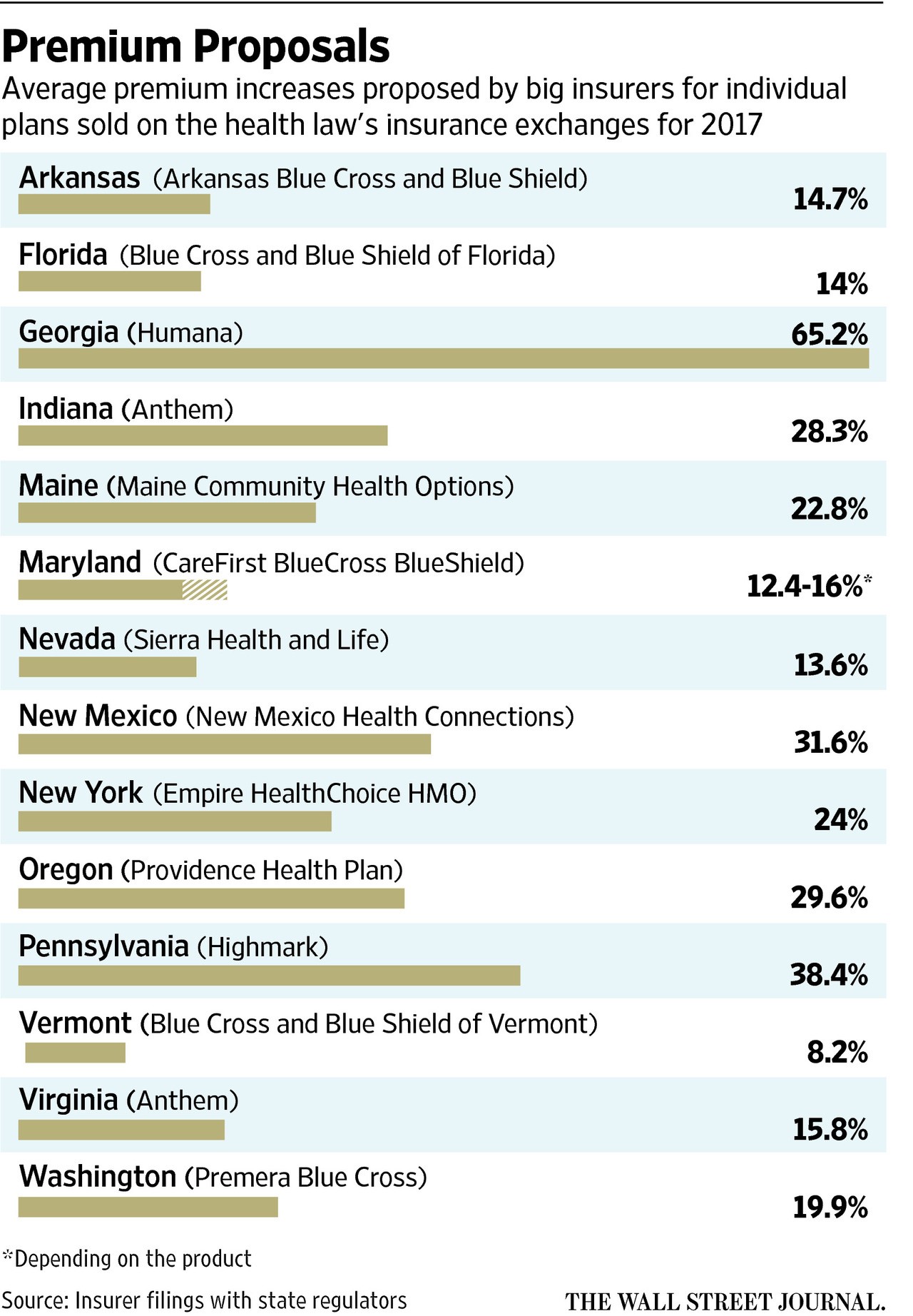 Even accounting for bad estimating by the health coverage plan companies, this is a clear illustration of the depth of President Barack Obama’s (D) lie when he said insurance costs would go down by roughly $2,500 per year.

It’s also going to get worse: a number of programs intended to buffer these providers against such increase needs expire in 2017, including “risk corridors,” which then will be funded solely by health coverage providers’ own wealth redistribution “premiums” paid into the program by profit-making providers for the sake of money-losing providers.