The Left—Democratic Party Presidential candidates Hillary Clinton and Senator Bernie Sanders (I, VT), for instance—want the rich to pay their fair share in taxes.

Here’s what the rich are paying today, according to our very own IRS, via AEIdeas: 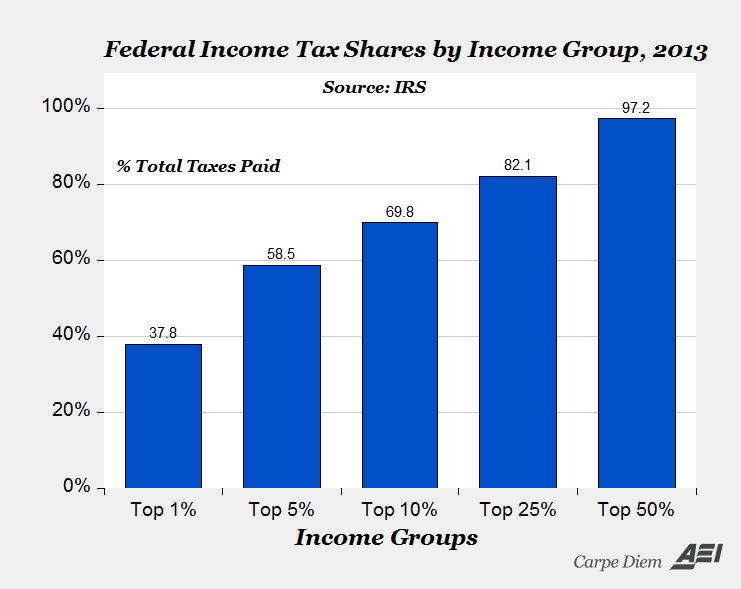 Notice that.  The hated 1% already are paying nearly 40% of the income taxes being paid—that includes Warren “I’m Not Paying Enough, but Don’t Ask Me to Donate to Treasury” Buffet—even though they earned less than 20% of the total income.  Meanwhile, the poor, downtrodden, and abused bottom 50% aren’t even paying 3% of the total.