The administration’s rap is that we only have 2% of the world’s oil reserves, and there’s that fossil fuel pollution problem, so we have to push green energy sources (which President Obama masquerades as an “all of the above” energy policy).

The good folks at the Institute for Energy Research have a different take on the matter.

The figure below is a graph showing American population growth, energy use, economic performance, and pollution (emissions) rate since 1970 (the vertical dotted line is simply a break in the time scale from 20-year increments to 2-year increments).  It’s interesting to note that energy consumption per capita has been remarkably constant over these last 40 years.  Meanwhile, our GDP has gone up sharply, so that our energy use per unit of GDP—per unit of economic performance—has gone down sharply as we produce and use our energy more efficiently.  Also over that same time frame, our pollution rate—per capita and per unit of GDP—has gone…down. 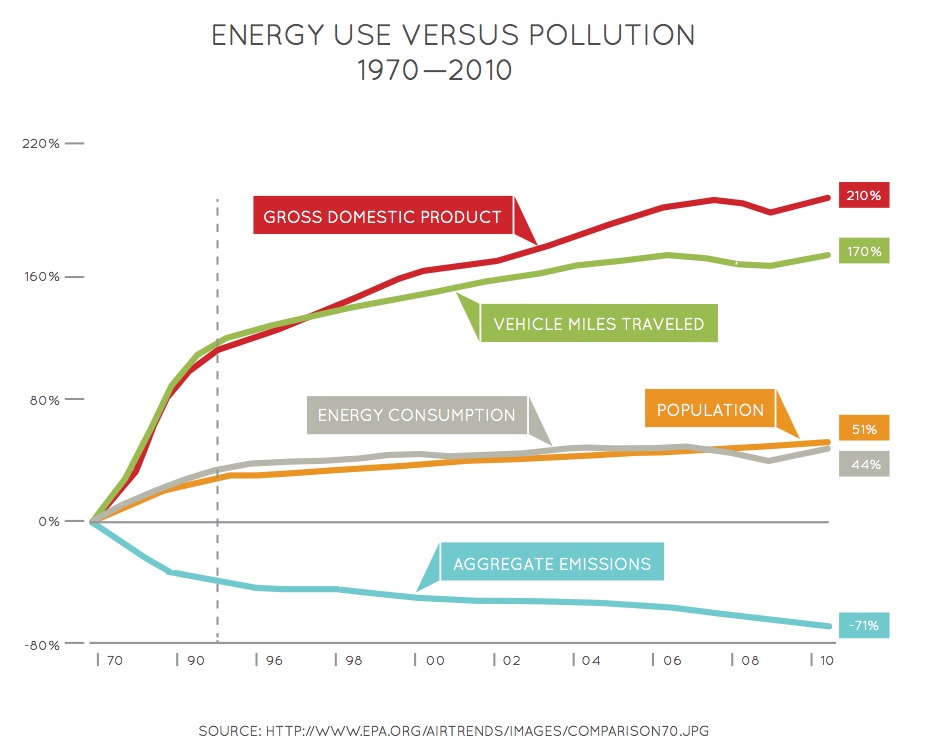 Now, what about those miniscule reserves?

The reality is that we have more combined oil, coal, and natural gas resources than any other country on the planet. We have enough energy resources to provide reliable and affordable energy for decades, even centuries to come. The only real question is whether we will have access to our abundant energy resources, not whether sufficient resources exist. … According to the Congressional Research Service, we have the most fossil fuel resources of any country on Earth, but most of these resources are off-limits due to federal policies.

This graph shows one impact of government intervention in energy production. 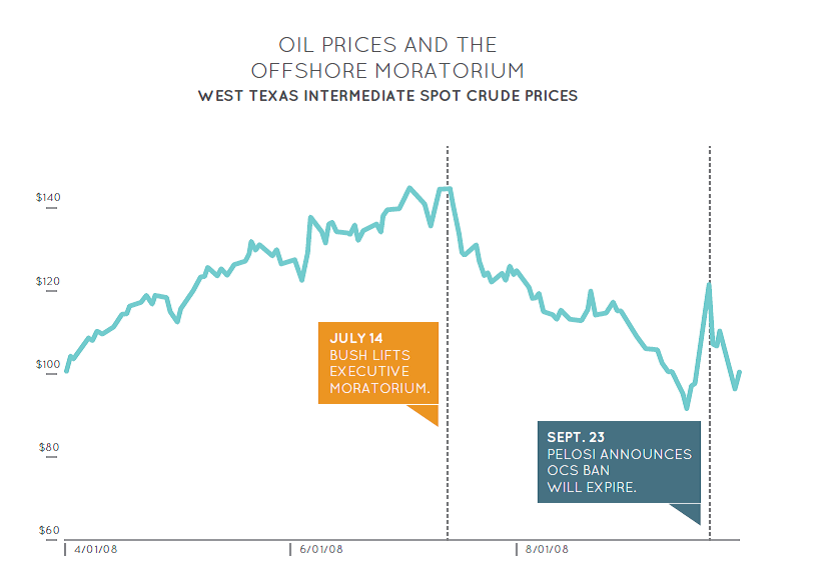 Notice the price drops when government intervention is reduced.  On top of this, the Federal government leases less than 3% of its lands for oil and natural gas production—2.2% of Federal offshore areas and less than 5.4% of federal onshore lands.  Finally,

My energy policy? Pretty much akin to “Drill, Baby, Drill.”  And export the excess.  Push for more nuclear power plants.  Three Mile Island demonstrated that our safety systems work, even in extremis.  Encourage wind and solar farms, but not with those—or any—subsidies (eliminate those trifling subsidies for the other energy sources, too).  The free market will decide the economic viability of our sources of energy, and the free market is the only mechanism qualified to determine what is economically sound among the several energy sources.