Last Thursday, President gave a speech on his energy…policy.  Investor’s Business Daily looked into some of the claims he made.

Fact: While production is up under Obama, this has nothing to do with his policies, but is the result of permits and private industry efforts that began long before Obama occupied the White House.

Obama has chosen almost always to limit production. He canceled leases on federal lands in Utah, suspended them in Montana, delayed them in Colorado and Utah, and canceled lease sales off the Virginia coast.

His administration also has been slow-walking permits in the Gulf of Mexico, approving far fewer while stretching out review times, according to the Greater New Orleans Gulf Permit Index. The Energy Dept. says Gulf oil output will be down 17% by the end of 2013, compared with the start of 2011. Swift Energy President Bruce Vincent is right to say Obama has “done nothing but restrict access and delay permitting.”

Fact: Obama constantly refers to this statistic to buttress his claim that “we can’t drill our way to lower gas prices.” The argument goes that since the U.S. supply is limited, it won’t ever make a difference to world prices.

In fact, the U.S. has a mind-boggling 1.4 trillion barrels of oil, enough to “fuel the present needs in the U.S. for around 250 years,” according to the Institute for Energy Research. The problem is the government has put most of this supply off limits.

“There are no short-term silver bullets when it comes to gas prices.”

Finally, here’s how another nation that did, indeed, drill its way out of its foreign oil dependency—while its own ethanol program provided minor support to the dependency reduction (via PowerLine). 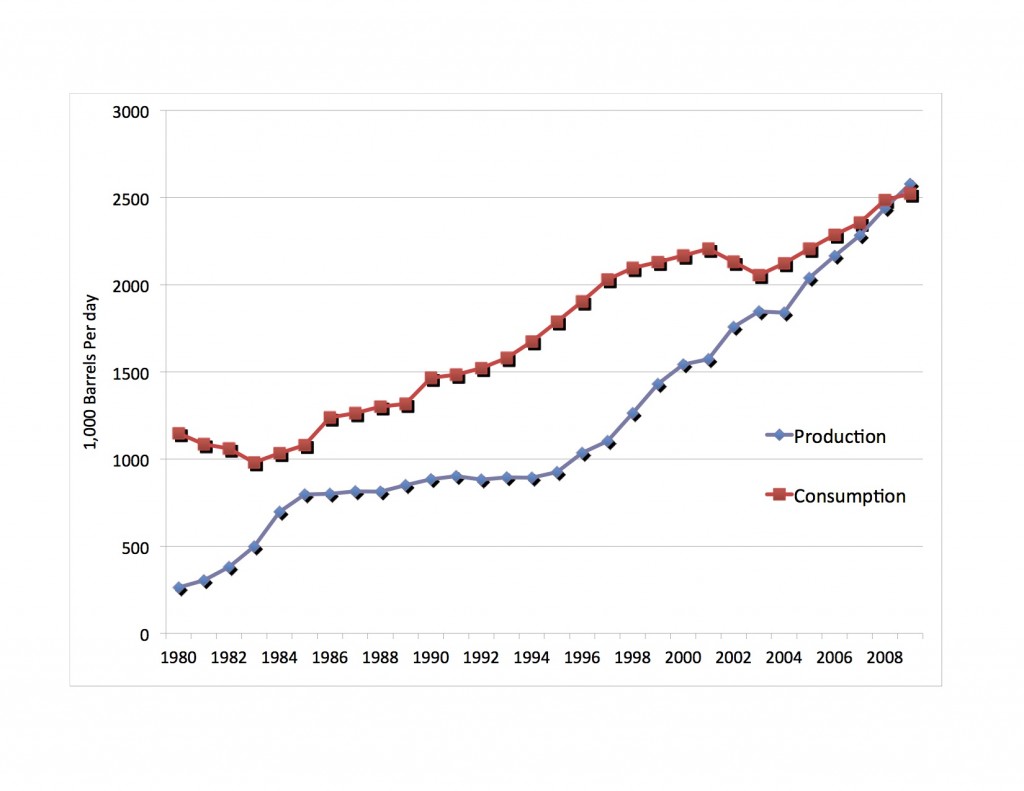