Much has been made of the recent fall in the headline unemployment rate.  Among others, I’ve written about some of the data this publicly bandied-about number conceals.

Here’s another look at the employment picture, with a h/t to Power Line.  The figure was prepared by the Republican Study Committee, and it depicts the percentage of Americans actually in the labor force from January 2005 through January 2012. 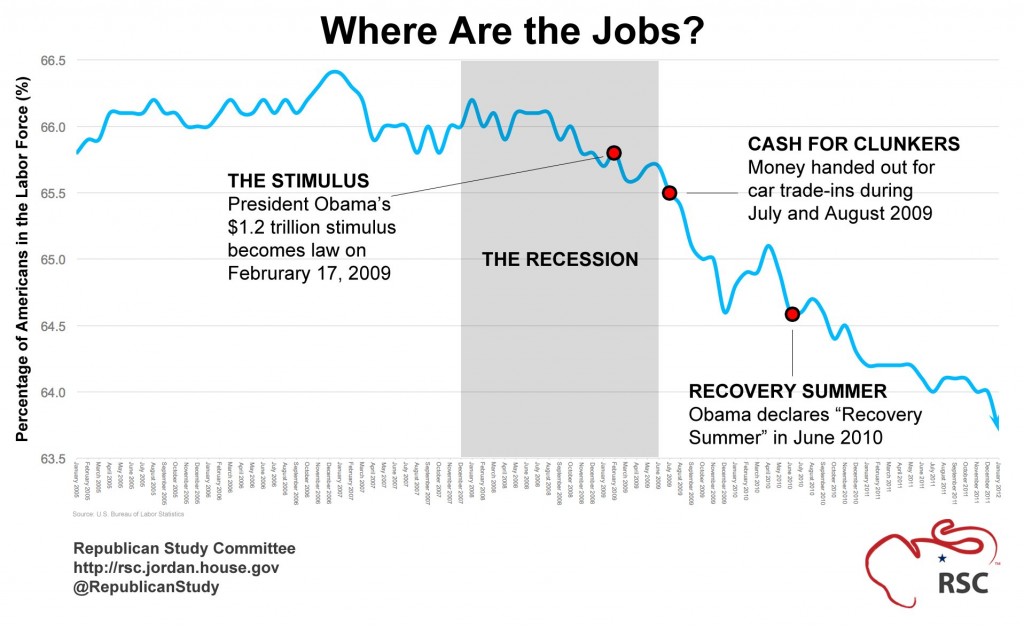 The RSC also points out that [emphasis theirs] 36.3% of working-age Americans do not have a job and are not even looking.