What sort of recovery will we have in 2021 with the Wuhan Virus situation under control and, with the release of two vaccines (I’m betting on the come with Moderna as I write on Friday) and others in the nearby pipeline about to stamp the virus into the mud?

Jon Sindreu, in The Wall Street Journal, provided a couple of clues, although he was writing toward a different purpose. This graph of his is my first clue: 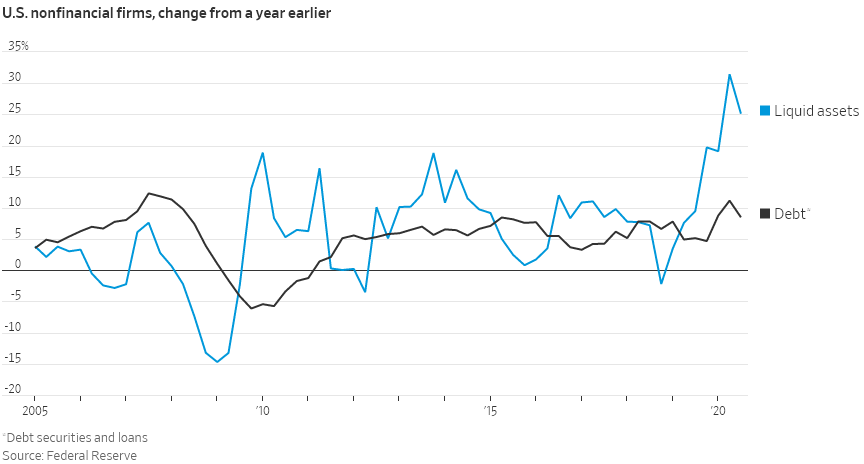 He fleshed that out with this:

Flow-of-funds data recently published by the Federal Reserve shows that companies have accumulated even more cash than debt this year: their liquid assets were up 25% in the third quarter. On a net basis, debt was down 7.9%. Relative to GDP, it remains well below 2007 levels.

Nor are property and asset prices tanking, hitting households’ net worth as they did in 2008. So consumers have kept spending when they could.

There’s more in his article, but the upshot is this: 2021’s recovery (and into the later years) won’t be nearly as weak as some have feared. It’ll be strongly positive, although—because of 2020’s already in-progress recovery—it’s unlikely to be quite as strong as hoped.