Recall that, since shortly before the Panic of 2008, the Fed has been suppressing interest rates to artificial, and very low, rates.  I’ve written about other impacts of these government-manipulated rates.  The table below could well be an illustration of an unrolling of the failure in the insurance industry first mentioned in the linked-to article.

It seems that two of the smaller insurers in the long-term care sector of the health insurance industry are about to be liquidated, proximately because they badly miscalculated the costs involved in paying out on long-term care policies.  Gary Hughes, American Council of Life Insurers General Counsel, had this on the reasons for the failures:

Penn Treaty [owner of the two failing insurers] is the poster child for what happens if everything goes wrong—when key assumptions on…claims, morbidity and interest rates go wrong—and then companies are unable to get justified rate increases[.]

This is true as far as it goes: actuaries need to be accurate in assessing future costs and the drivers of them, and State insurance commissions are reluctant to grant premium increases needed to cover rising costs.

However, premiums are not the only income source for insurers.  Far from it.  A significant income source comes from investments of those premiums, so they’re not just sitting around waiting to be paid out on a claim: they’re earning additional funds for the insurer, and those additional funds are critical bolsterers of the company’s ability to make its payout commitments.

To be safe, though, those premium investment vehicles focus on safety and liquidity.  That drives those investments to favor safe debt instruments: Federal instruments and commercial instruments that are highly rated by Moody’s, Fitch, and/or Standard & Poor’s.  That means that a significant fraction of the insurer’s additional income comes from interest payments on those debt instruments.

And that brings me to the table, with particular attention to its middle row. 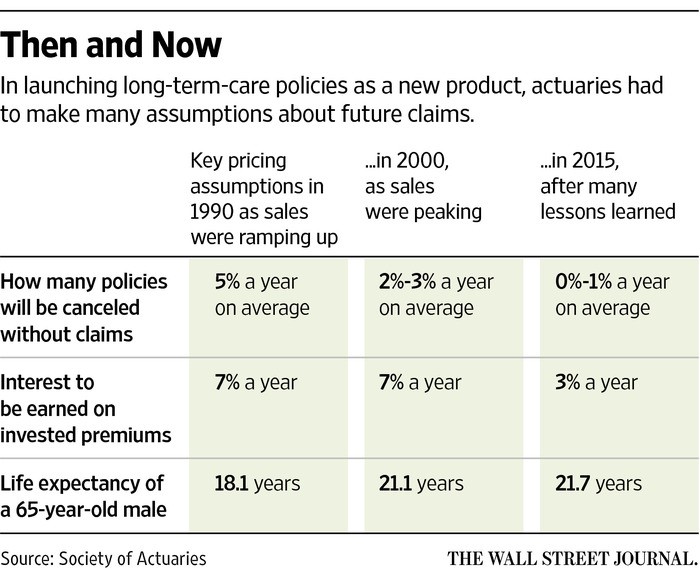