A couple of items, via the Tax Foundation:

Americans will pay $3.3 trillion in federal taxes and $1.6 trillion in state and local taxes, for a total bill of almost $5.0 trillion, or 31% of the nation’s income.

Think about how much our economy would burgeon if we only paid, say, 20% of GDP on these taxes.  Think about how much more revenue Federal, State, and local governments would collect, despite (or because of) that lower rate, from the hugely increased economic activity and the taxes thereon. 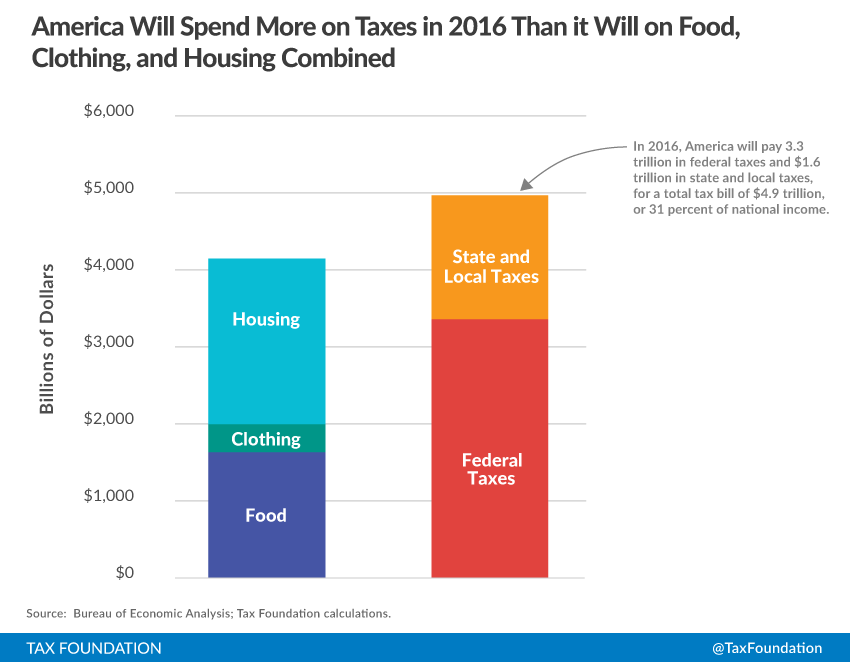 Not only are we spending more in taxes than we spend on the necessities of food, clothing, and housing, we’re spending roughly the same amounts on State and local taxes as we do on food.

It’s not only the Federal government that’s overcharging us.