That’s the title of a Wednesday Wall Street Journal article at the time I write this, and I’m not sure it’s far wrong. This is the currency, too, that the IMF decided belonged in its basket of reserve currencies.

The yuan is having quite a number of troubles, courtesy of the PRC’s efforts to retain its (non-market) control. Two of these include

“People are losing confidence [in the yuan],” said Cynthia Wong, head of emerging Asia trading in Hong Kong and Singapore at Société Générale. “Positive hopes diminished with the stock-market crash at the beginning of the year…. She described the flow in the currency market as “one-way,” with investors betting on a weaker yuan. 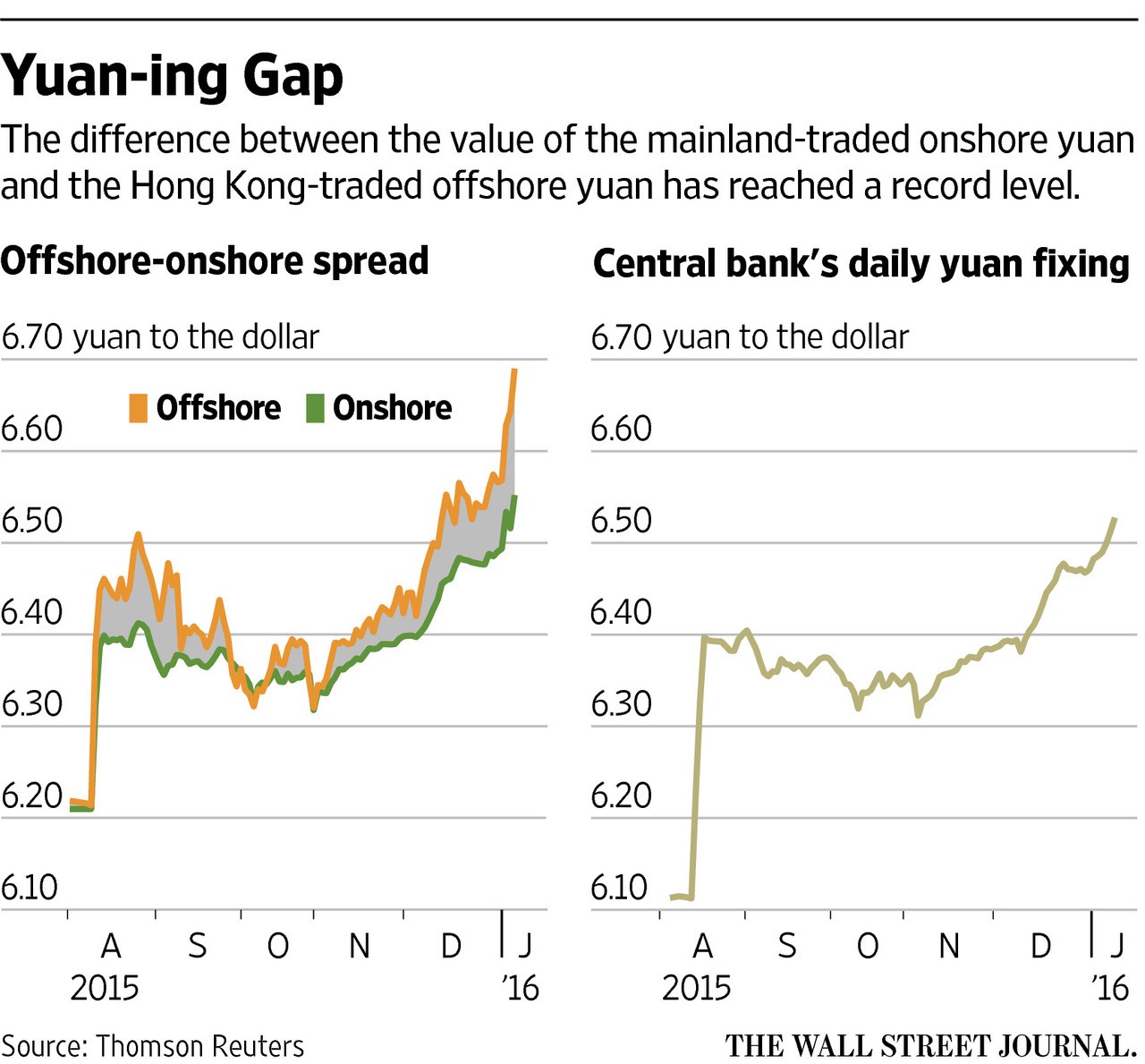 What opportunities for mischief accrue from the wide and increasing spread between the controlled yuan’s domestic value and the freely moving value as the yuan is traded (mostly sold) in the Hong Kong currency market? Arbitrage, for one. More and less trackable capital flight for another.