…to speed reform of the way in which our economy produces medical care services and in which we pay for them.

A 55-year-old couple who plan to retire in 10 years can expect to devote about 90% of their lifetime Social Security benefits to healthcare costs.

Social Security benefits typically grow by approximately 2% a year—the overall rate of inflation. But medical costs in general tend to rise by more, 5% to 7% a year[.]

There’s this graph, too, that illustrate cost change trends since 1960: 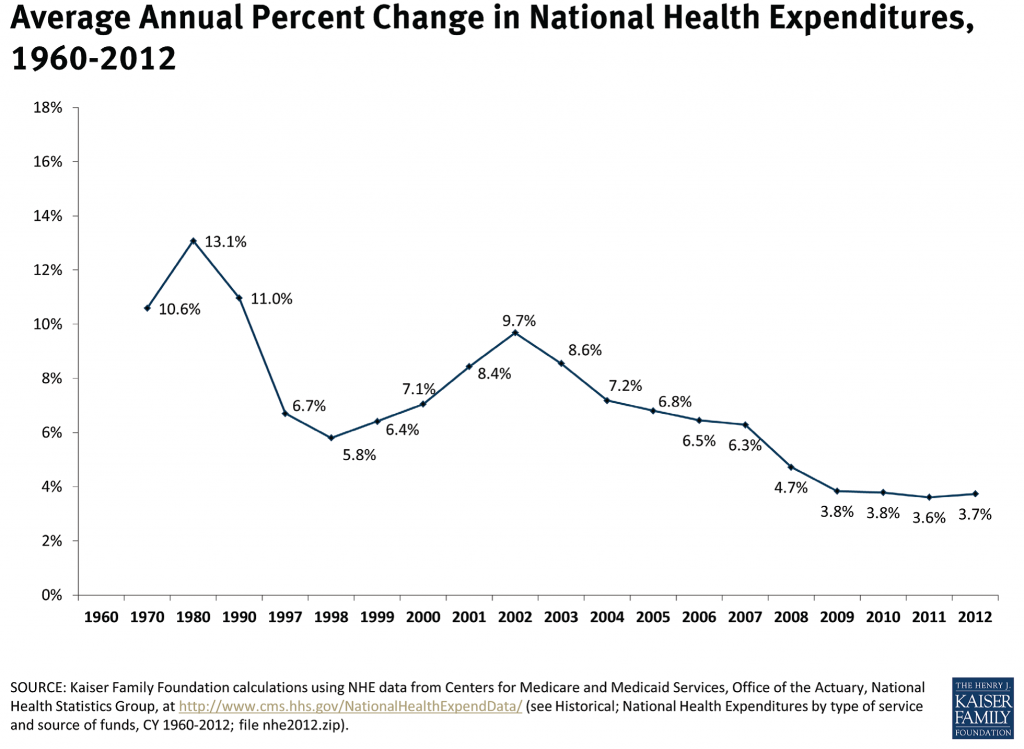 Since Obamacare was enacted and has started to take effect (since 2010), the then-eight-year-old trend of decreasing costs has been completely stopped. That’s the effect of government intervention into a free market.

If we’re to correct this, if we’re actually to hold down, not just the rise in costs, but the actual costs themselves, we need to get government out of the way and use free market solutions: get rid of the health welfare that is Obamacare, allow insurance companies—which would sell true insurance policies—to charge premiums based on the actual risk transferred from customer to company, and allow insurance policies to be sold across state lines—that is nationwide.

All government intervention succeeds in doing is preventing competition and market forces from reducing and then holding down costs. Which hits hardest the very people these government programs are claimed to help.