President Barack Obama offered this justification for the structure of his Obamacare:

My guiding principle is, and always has been, that consumers do better when there is choice and competition. That’s how the market works. Unfortunately, in 34 states, 75% of the insurance market is controlled by five or fewer companies. In Alabama, almost 90% is controlled by just one company. And without competition, the price of insurance goes up and quality goes down.

How’s he doing by his own standard?

A tiny bit of improvement over last year, except in West Virginia, where 100% is controlled by just one company.

By another measure, this one the GAO’s, as reported at the link above,

Lastly, this is the trend according to the GAO since Obamacare became law; some of the data predate ObamaMart’s activation: 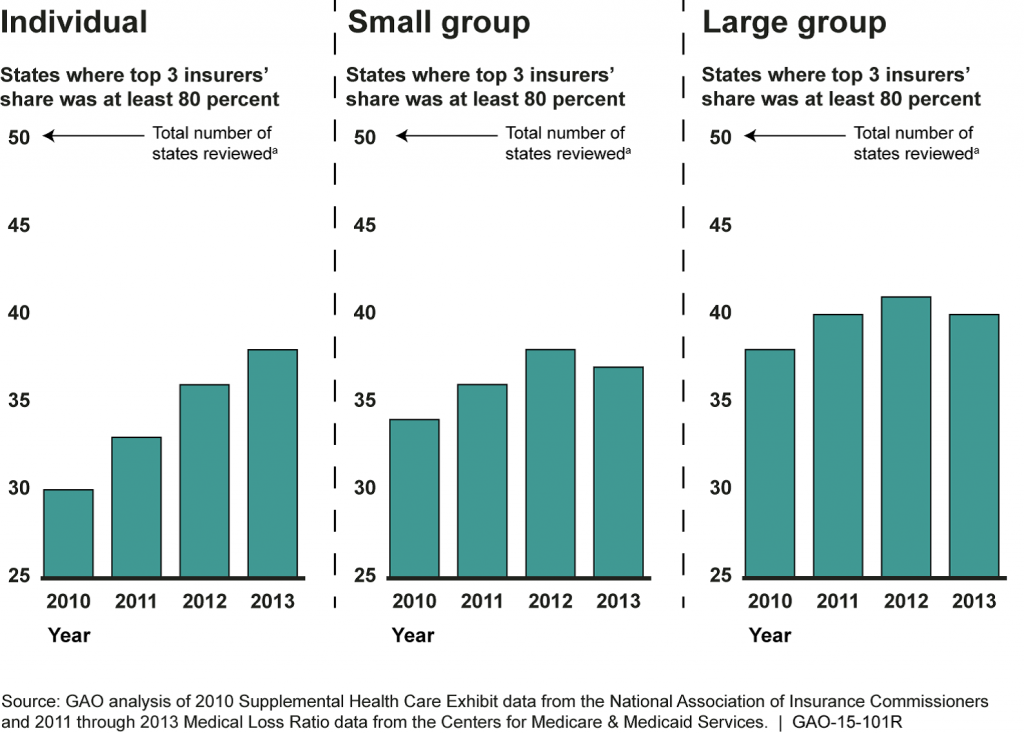