Dan Frosch and Zusha Elinson had a piece on illegal gun trafficking in last Thursday’s Wall Street Journal in which they decried the degree of illegal trafficking, especially across State borders. In the graph below, they particularly called out five States as being particularly egregious sources of this interstate trafficking. 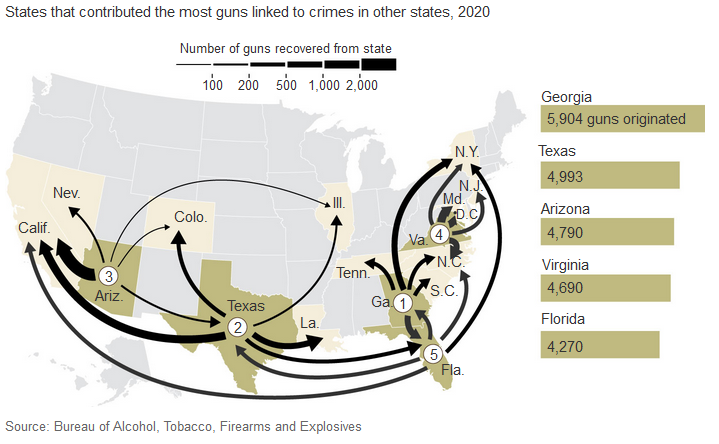 Sadly, their article exposes more about the press’ bias in reporting on guns and (by their implication from their trafficking emphasis) on gun control.

No doubt gun-trafficking is a serious problem.

However, some context is informative, also; it took me about 10 grueling seconds to conduct the Bing search that turned up this context from the year following Frosch and Elinson’s graph.

It’s interesting that Frosch and Elinson chose to elide this context-providing information.