In a Wall Street Journal article about the European Union’s failure to deal with its Wuhan Virus situation in any serious way, there are a couple of graphs that bear on our own situation. The first one concerns the number of confirmed Wuhan Virus cases (which is much less than the number of actual infections). 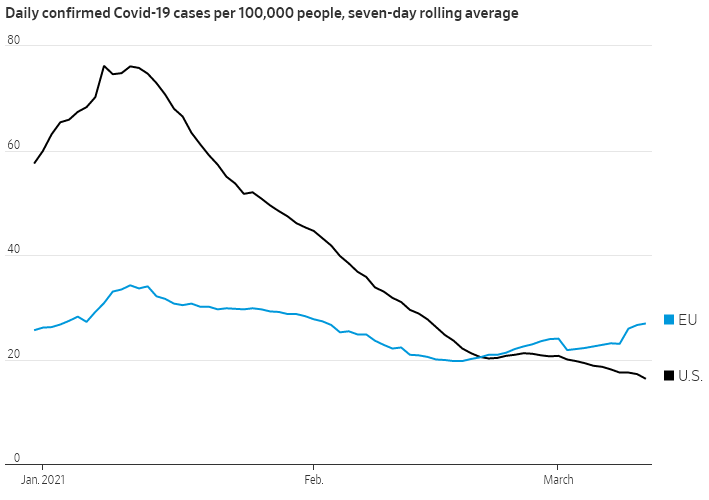 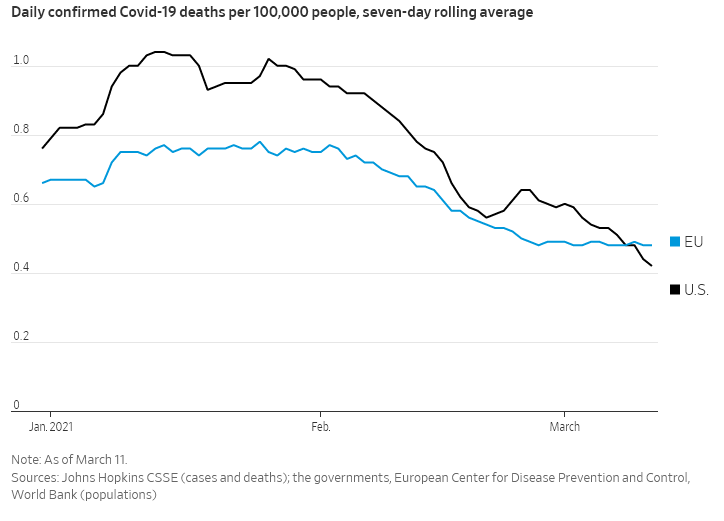 This is the exaggeration of the Biden administration—and of the Progressive-Democrats in Congress—regarding our virus situation.

It’s time to throw off the chains (to use a term of art) of overreaching government and go back to going about our normal daily business.

Children back in school in person, K-12 sports and other extra-curricular activities back in full swing, teachers who continue to refuse to go back to in-person teaching fired for cause (which would open up some jobs for actual teachers).

So it is, in the EU. Despite the EU’s incompetence in vaccinating, its case rate and its mortality rate are vanishingly small. Quite apart from the EU’s and its constituent nations’ governing personages needing to get off their dead behinds and get the vaccinations rolling, they need simply to open up and let their citizens’ lives return to normal.