With the panic-mongers in full, baying throat over the Delta variant’s spread, here’s a graph from The New York Times showing new reported cases in Great Britain up through 1 August. 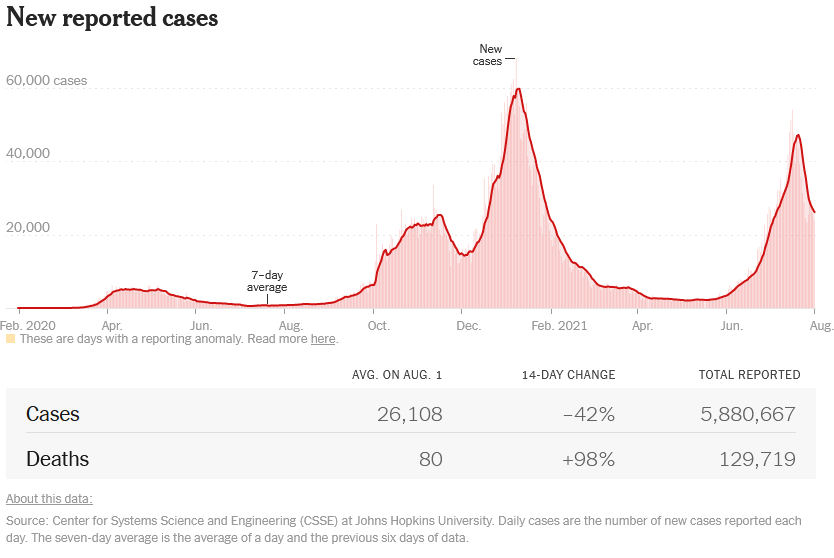 Although the graph is for all variants of the Wuhan Virus extant in Great Britain, the Delta variant has become the dominant strain, and it plainly has shot its bolt and is on the wane.

Scroll down the page at the link for a similar graph on the Wuhan Virus-attributed death rate trend (mostly Delta variant since the start of summer). The mortality rate from the Delta variant never has been high, and it already as plateaued. Although the text in the graph above indicates, via snapshot, a sharp increase (from an extremely low rate to a still very low rate), the mortality rate graph down the page gives a truer picture of the trend.

We care because, in addition to Great Britain being a friend of ours, they’re generally a few weeks ahead of us in the progression of the virus. Our own panic-mongers (As Delta Variant Rages screams even a Wall Street Journal headline) have no rational basis for their hype.

The NYT took these data from Center for Systems Science and Engineering (CSSE) at Johns Hopkins University.