Instapundit has some data concerning what that would mean for us.  Citing the Foundation for Economic Education:

Most European countries (including Germany, Sweden, Denmark, and Belgium) if they joined the US, would rank among the poorest one-third of US states on a per-capita GDP basis, and the UK, France, Japan and New Zealand would all rank among America’s very poorest states, below No. 47 West Virginia, and not too far above No. 50 Mississippi. Countries like Italy, S. Korea, Spain, Portugal and Greece would each rank below Mississippi as the poorest states in the country.

From FEE, here’s a table of our 50 States and a list of EU nations—along with other wealthy nations, like New Zealand, Japan, and the Republic of Korea (and the People’s Republic of China)—and how those nations compare with our States. 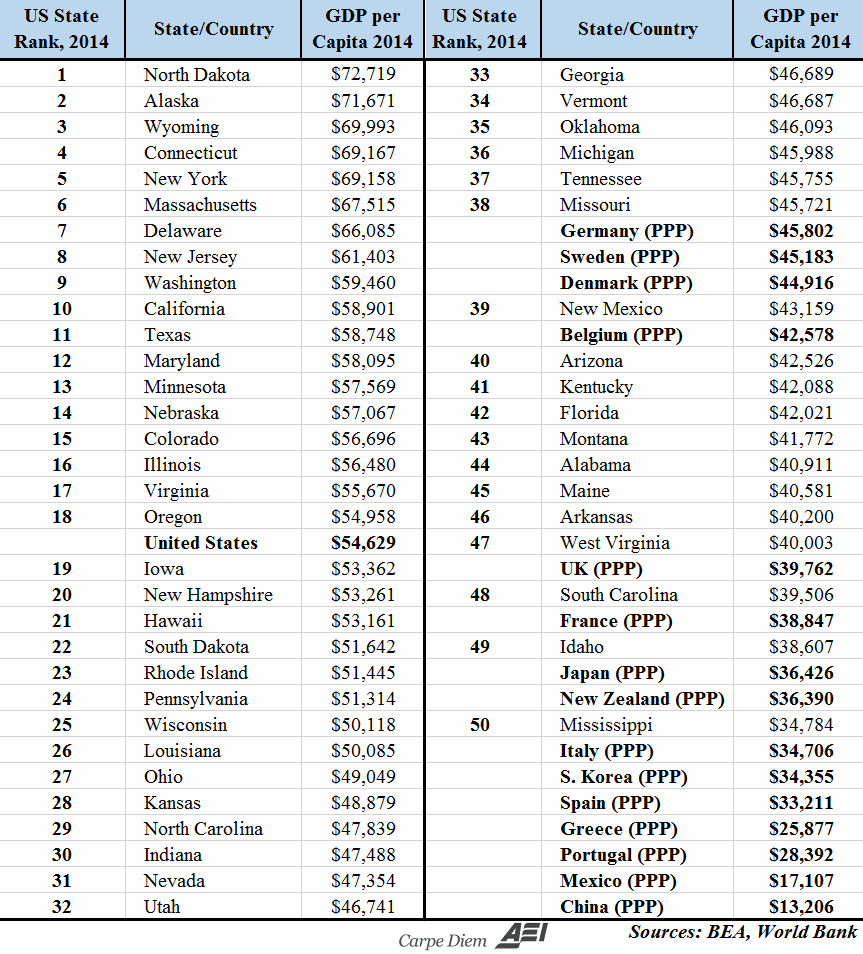 Yes, indeed, this is the Europe that the Progressive-Democrats and their Socialist hero Bernie Sanders are so anxious for us to emulate.  Remember this this fall.